Spotify has confirmed that it will not use data of users to target advertisements and will ask its users for consent to share data when they first launch the player. 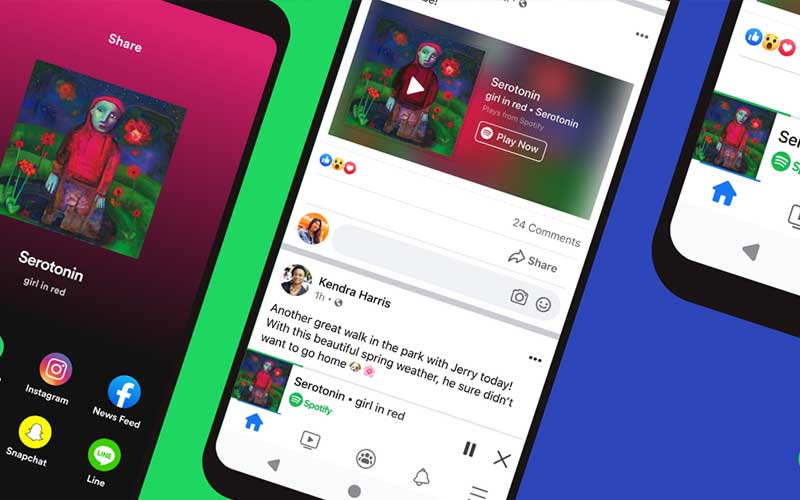 A mini-Spotify player will soon encourage users to listen to music or podcasts linked in posts without leaving Facebook. Spotify and Facebook have revealed collaboration for its users wherein they will be able to access a new mini player from within the social media application. People will also be able to access their music without having to switch between applications.

In the United States and 26 other countries, the feature will be available for both iOS and Android users. These 26 nations include Argentina, Australia, Bolivia, Brazil, Canada, Chile, Colombia, Costa Rica, Dominican Republic, Ecuador, El Salvador, Guatemala, Honduras, Indonesia, Israel, Japan, Malaysia, Mexico, New Zealand, Nicaragua, Panama, Paraguay, Peru, South Africa, Thailand and Uruguay. However, the feature's accessibility for Indian users is yet to be revealed.

The plan often referred to as ‘Project Boombox’ is a continuation of the deal in 2019, in which Spotify and Facebook agreed to allow Facebook to share short music clips from Spotify on its Stories.

This announcement comes only a week after Facebook announced plans to add podcasts and live audio rooms to its suite of features in order to compete with Clubhouse, which is reportedly the fastest-growing audio-based platform.

While using the Facebook app, audio content will keep playing, with a small player placed at the base of the interface. Controls for pausing or closing the player will only be a tap away. The album cover as well as the artist and title details will be shown in the audio feature.

Spotify has confirmed that it will not use data of users to target advertisements and will ask its users for consent to share data when they first launch the player. Facebook has described its collaboration with Spotify as a "natural next step."