The website, which is nicknamed "From the Desk of Donald J. Trump," was first mentioned by Fox News and features messages from Trump that can be viewed, shared and liked. 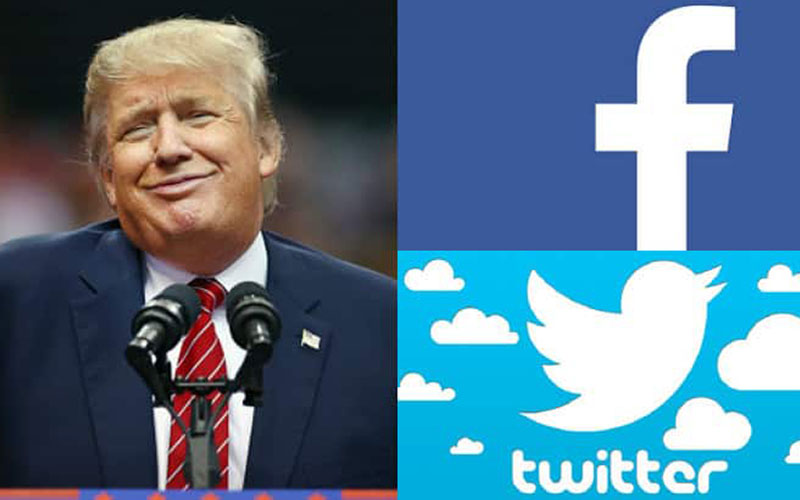 On Tuesday, Former US President Donald Trump opened a section on his website where he can publish updates and messages that people can exchange on Twitter and Facebook, where his accounts remain suspended.

The website includes a welcoming video as well as a string of brief messages. Supporters of the site are given the option to donate to a "Save America" initiative and sign up to be notified when new posts are published. These articles can also be posted on social media sites like Twitter and Facebook.

Donald J. Trump's latest website, donaldjtrump.com/desk, aims to be a Twitter-style platform for the former president to express his views straight to the people.

The announcement of this new space comes right before Facebook’s decision to continue on with Trump’s suspension from the social media site. Since his account was suspended four months earlier for inciting unrest that led to the devastating Capitol riot on January 6th, Facebook's quasi-independent Oversight Board voted to continue his suspension from the platform.

The website, which is nicknamed "From the Desk of Donald J. Trump," was first mentioned by Fox News and features messages from Trump that can be viewed, shared and liked. According to a source, it was designed by Campaign Nucleus, Trump's former campaign manager Brad Parscale's digital services firm.

A Twitter spokesperson said that posting content from the site will be allowed until it ceases to violate Twitter's laws, but that attempting to bypass a ban, such as by mimicking an already suspended account in efforts to replace it, would be prohibited. He mentioned that Twitter will be on the lookout for any such incidents.