EXCLUSIVE -- “If you like quality in the film world, you have to make do with less” – Arif Zakaria 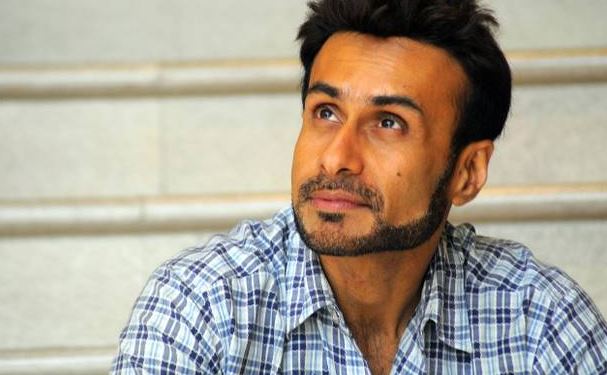 Arif Zakaria is an actor of a different league in the Hindi film industry, barely seen in pompous parties, never attempting to make his presence felt among the so-called (financially) ‘top rated’ stars. Instead, he has been mostly seen in sensible films and plays which have something to offer via their content. In them, Arif leaves his imprint, unpretentiously. That’s the mark of a true actor and that’s what differentiates between a ‘star’ and an ‘actor’ in filmi parlance. I have heard ‘stars’ in the Hindi filmdom, often ruing about not being good actors themselves, while actors like Arif, do not have to rue about not being stars. And that’s the fun of being an unlimited actor.

Among his several plays, tele-serials and films from 1997 onwards, especially watch him as Bhai Mardana in three National Award winning film, Nanak Shah Fakir (2015), and as Mahatma Gandhi in Saif Hyder Hasan’s play “Dearest Bapu, Love Kasturba” and now in Ahaan, as a man with OCD (Obsessive Compulsive Disease) of cleanliness. You may not have to watch his other films to believe his immense caliber as an actor par excellence.

Ahaan has just hit the cinema halls. It is an hour-and-20 minutes film in Hinglish. Written and directed by a new comer (in the number sense of the word) in Bollywood, Nikhl Pherwani. The film is special, as it’s subject, as it is about the relationship between a man with OCD namely Ozzy, and a 25-year-old boy-man with Down syndrome called, Ahaan, their struggles, joys and sorrows, and personal aspirations. Arif plays the man with OCD and Ahaan, the boy Abuli Mamaji, plays, himself.

Yes! The first actor with Down syndrome who has played himself on the screen! (more on it in my next).

A quick interview with Arif Zakaria who finds the film, “nice and warm, worth an experience”, and more.

A scene from the film

How was it performing opposite a real-life character with Down syndrome?

“After interacting with Ahaan, I was a bit skeptical while performing, because obviously he is not an actor at all. So one had to be a bit more patient with him. There is a little incoherence in his speech too, which obviously goes with his condition. But slowly within few days, I got used to it, as we (including the team) had developed an ear for it. Moreover, he has an amiable disposition, always excited and eager to learn. That made it easy too. The food was a great ice-breaker, as he is a great foodie, so, we lured him with different cuisines. (laughs).

Are you happy with the state of film affairs for you today?

Well, I am satisfied with what I get. I never think like I deserved this or that. I don’t get up disgruntled thinking if I had gotten that, I would have been better. In fact, I ask this question to myself, ‘What are you doing with what you have got’? This solves the issue. I try to make the most of it and feel happy. See, my horizon is also limited. I like to do sensible stuff, like Ahaan, which is a very sweet, warm but a low-budget film. But, I liked the story and my role, so I did it. That way I keep on getting what I like, so I am very happy.

Also, I have so many films in the pipeline, and I finished few, with small or reasonably big roles. For instance, my film on 1962 Indo-China war is showing on Hotstar, I play Nehru in it. It is directed by Mahesh Manjrekar. I have done a part in the film running on Zee 5, called Qubool Hai. It stated streaming from March 12. I did a small role in Raj Kumar Santoshi’s Gandhi Aur Godsey, I just finished doing a film by director Manish Gupta called 420 IPC. It is a light-hearted comedy. Ahaan was released this Friday (March 18). So, there is so much already.

Do sensible film actors like you still struggle with sustained suitable opportunities in Bollywood?

It’s not that I don’t get opportunities. The problem with today’s world is, social media is hyper active. Unless you are on the face, seen on social media too frequently, people forget you. So, if one actor is seen on Saturday, by Monday viewers will forget him. If you are not seen all the time, people think you are finished, dead as actors! That’s the tragedy. People are exploring so much on their mobiles, all the times, whether there are four people in a car or on the roads, they are watching so many videos all the time, so their attention span is so less.

You think these OTT platforms are good for actors like you, who don’t actually are in that over- exposed popular star categories? Do they work well financially for you?

The films on different OTT platforms are spread out thinly now. One cannot be working in many OTT platforms at a time, (unlike films). Then they have their conditions, cuts, budget constraints, and other limitations. So, yes, opportunities and capitals work out well with platforms like Hotstar and Netflix, but most of the times, finances do not work out.

Also, the issue with OTT is, multiple chokes to the viewers at a time. So, many films just come and go. The one which stands out, is remembered, rest are easily forgotten. It is also because people watch them at the comforts of their homes, with remotes that are in their control to switch on to another film, whenever they want. The attention span, hence is less, so is the deserved visibility.

How do you react to the social media behavior, especially during lockdown?

So many people are posting videos. So many actors are doing it. They are singing songs, combing wife’s hair, bathing, exposing their bed lives etc. Some of the film actors have become Internet stars by posting their videos every day for visibility. Then there are mushrooming agencies promoting them, asking them to post pictures/videos. They also enhance their ratings, artificially. For me, it’s all very interesting to see how our whole life is digitized. I sometime think, there is too much happening, how will it be controlled?

For instance, that Pakistani girl who mispronounced Party as Pawri, attempting an accent; and people went mad, imitating it. Actors have also become a part of it. Everywhere I see the Pawri video now. When I heard it first, i took two days to understand what was she saying (laughs). When I understood, I thought every teacher of English must be turning in his graves listening to her pronunciation.

So, the struggle to get a foothold in the film industry remains, despite new OTT platforms...

Yes, Struggles are always there. But if you like quality, you have to make do with less.