EXCLUSIVE - “I love Salman Khan. And want to be a hero like him” – Abuli Mamaji

A first time director in Bollywood Nikhil Pherwani, makes his entry with a sensible film on inside desires of people with Down Syndrome, also marked 12th World Down Syndrome Day this past Sunday 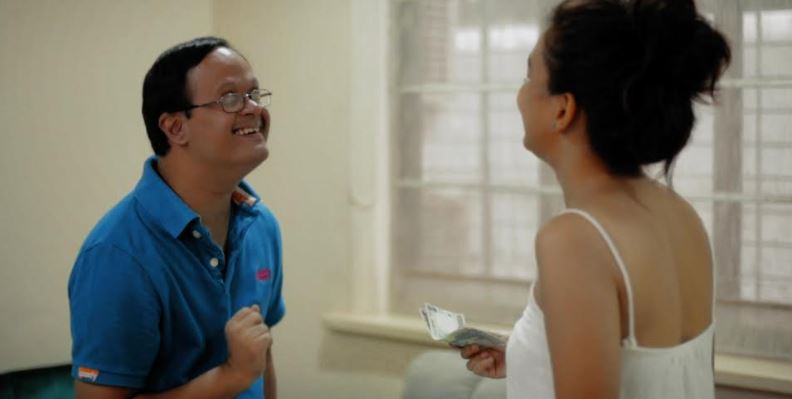 Abuli Mamaji and Plabita Borthakur in a scene from Ahaan

We at TNB bring you for the first time, an interview with Abuli Mamaji, a 25-year-old boy with Down Syndrome. Abuli, is already a hero. Hero of a feature film called Ahaan. This film is written and directed by a young filmmaker In Bollywood called Nikhil Pherwani. It hit the screen this Friday (March 19) to mark the 12th World Down Sydrome Day on March 21.

This is Nikhil’s first feature film on a real life person with this condition who plays himself while accomplished actor Arif Zakaria, who plays Ozzy, a man with OCD of cleanliness.

Since Nikhil has been knowing Abuli for several years and had developed a rapport with him, he was able to extract things out of him that he has portrayed in this 80-minutes film, in a rational way mixing it with hilarious scenes that helps the film take its natural course to an open-ended result. Here is quick chit-chat with Abuli over the telephone, who loves Salman Khan and wants to be hero like him, as also wishes to own a bracelet like he wears.

It is a light conversation with him for reasons of his speech conditions. To know his life, one must watch Ahaan.

Were you scared/nervous/ confident when you faced the camera?

I was little nervous initially. But Nikhil was always there to guide me. And after 4-5 days of shoot, I became confident.

What was the most easy and difficult part of doing a film for the first time (with this condition)?

The most fun part was meeting everyone every day. I loved the shooting atmosphere. All actors are my friends now.

The most difficult part was saying dialogues. Since I cannot speak Hindi well. Nikhil kept most of my dialogues in English. I cannot read dialogue from paper. Oh take, Nikhil would prompt me with the dialogue and I would repeat after him. I would wait for his prompt and cues.

Why did you enjoy doing this film? Because it was telling your own story in a way?

I love acting. When Nikhil told me I will be acting in a movie, I couldn’t believe it. It’s been my lifelong dream.

How do you feel after doing this film? After watching yourself on the screen?

I feel my life’s mission is accomplished. This is all I ever wanted. It is a perfect movie. I really enjoy watching myself on screen.

Your aspirations? Your dreams?

I want to be a big movie star. Like Salman khan.

Do you watch Hindi films? You like any star? Why?

Yes I love watching movies. I watch one every Saturday at home with a Coca Cola and pizza.

Salman Khan. He is the best. I like his style. I also have same bracelet like him. I also want Salman Khan to watch my film.