The ex-president’s remarks were branded as "outlandish" and "intolerable" by Justice Sisi Khampepe of the Constitutional Court in a sharply worded majority ruling passed down on Tuesday. 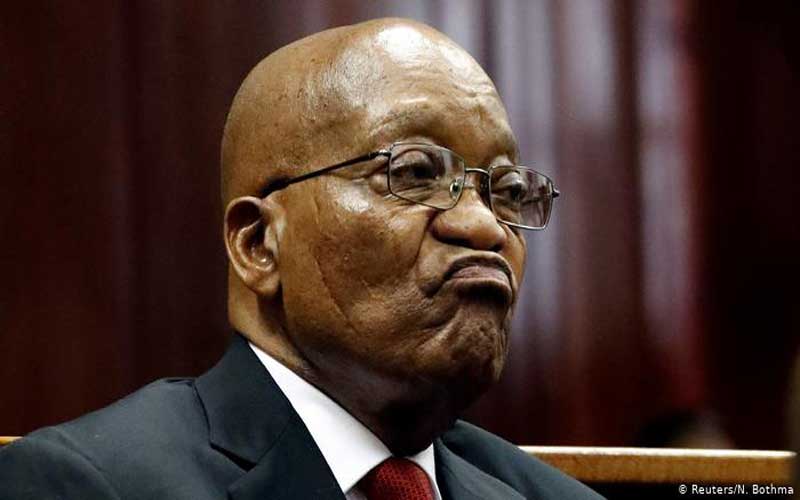 Former South African President Jacob Zuma was found guilty of contempt of court and sentenced to 15 months in prison on Tuesday, according to press reports. Earlier this year, the 79-year-old South African leader was convicted guilty of disobeying a court order to appear before a corruption investigation.

This is the first time in the South Africa's history that a former president has been condemned to prison.

The apex court of the country- the Constitutional Court, directed Zuma to surrender to the police within five days in his hometown of Nkandla in KwaZulu-Natal province or in Johannesburg. The court has ordered the Minister of Police, Bheki Cele, to take him into custody within three days, if he fails to comply with the court’s order.

In addition, the court stated that the sentence cannot be suspended.

The ex-president’s remarks were branded as "outlandish" and "intolerable" by Justice Sisi Khampepe of the Constitutional Court in a sharply worded majority ruling passed down on Tuesday.

The commission is looking into accusations of corruption under Zuma's presidency, which lasted from 2009 to 2018. The former president had already indicated his refusal to testify before the commission, which had received evidence directly accusing Zuma in wrongdoing.

Zuma stated in a 21-page letter to Chief Justice Mogoeng Mogoeng back in April that he was prepared to be imprisoned. He further claimed Zondo was prejudiced against him and that the evidence was "politically motivated."

Khampepe commented, “Mr Zuma has repeatedly reiterated that he would rather be imprisoned than cooperate with the commission or comply with the order made.”

Zuma is also facing bribery allegations stemming from a 1999 arms procurement deal in South Africa, while he was the vice president. Zuma has entered a not guilty plea in the matter.

Mr. Zuma was sentenced to two years in prison by the Commission, which is investigating allegations of corruption and bribery at state and parastatal organisations.