Ever Given: After deal is made, ship blocking the Suez Canal departing waterway

After Egypt signed a settlement agreement with its owners and insurers, a massive cargo ship that clogged the Suez Canal in March, affecting global trade, is finally departing the waterway. 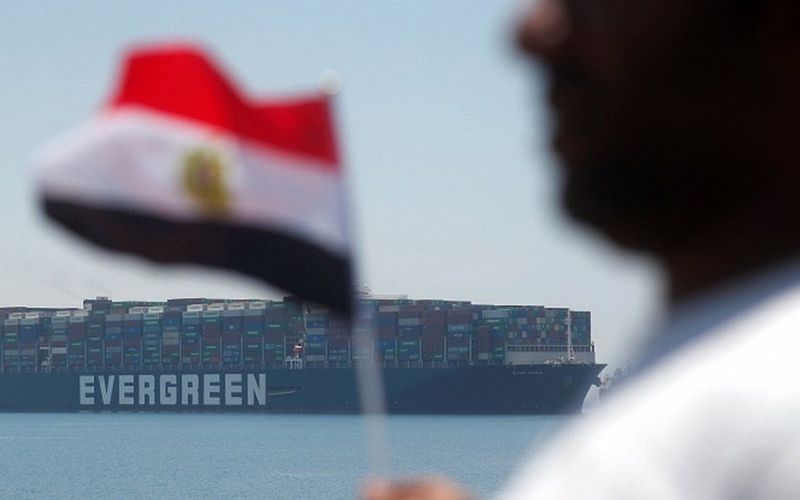 After Egypt signed a settlement agreement with its owners and insurers, a massive cargo ship that clogged the Suez Canal in March, affecting global trade, is finally departing the waterway.

The Ever Given hoisted anchor shortly after 11:30 a.m. local time (09:30 a.m. GMT) and set sail for the Mediterranean, escorted by tugboats. The ship has been imprisoned for three months near Ismailia, a canal city. The deal's terms were not disclosed, but Egypt had requested $550 million (£397 million).

As the ship set sail, Egyptian television broadcast footage of the captain and a crew member being presented with flowers and a plaque on board.

However, the 400m-long (1,312ft) Ever Given became stuck across the channel after running aground in severe winds. Hundreds of ships were trapped in traffic, disrupting global trade.

The container ship was refloated after a 6-day recovery operation involving a flotilla of tug boats and dredge vessels. During the operation, one individual was killed.

Since then, the Suez Canal Authority (SCA) has sought reimbursement from Ever Given's Japanese owner, Shoei Kisen, for the cost of the recovery operation as well as damage to the canal's banks and the other losses.

The SCA first requested $916 million in compensation, including $300 million for a salvage bonus and $300 million for reputational damage. However, UK Club, which insured Shoei Kisen for third-party liabilities, denied the claim, calling it "extraordinarily vast" and "entirely unfounded."

The SCA then reduced their demand to $550 million. The final agreement, which has not been made public, was reached a few days ago and signed on Wednesday to coincide with the ship's release.

Osama Rabie, the SCA's head, stated during a press conference that the authority will not amend its rules regarding ship transit in inclement weather. He did, however, say that the grounding has hastened plans for canal expansion.

The UK Club praised "the work and expertise of the SCA and others whose professionalism and dedication resulted in the ship's refloating."

"We, along with the ship's owners and other stakeholders, have worked closely with the SCA's talks team over the last three months to accomplish today's results," a statement read.

Imabari shipbuilding, of which Shoei Kisen is a subsidiary, stated it would remain a "frequent and faithful customer" of the Suez Canal Authority, according to Yukito Higaki.

The vessel, which is crewed by Indians, is still carrying approximately 18,300 cargo. According to the Wall Street Journal, it will be inspected by divers at Port Said before sailing to Rotterdam in the Netherlands and then to Felixstowe in the United Kingdom, where it will dump its containers.