EU Chief on Turkey chair incident: "Happened because I am a woman"

Ursula von der Leyen, the European Union's first female president, said she was denied a chair during a meeting with Turkish President Recep Tayyip Erdogan earlier this month in Ankara as she "was a woman." "It really goes to show how much we really have to go before women are considered equal," she said. She told EU lawmakers that she was "hurt" by the incident. 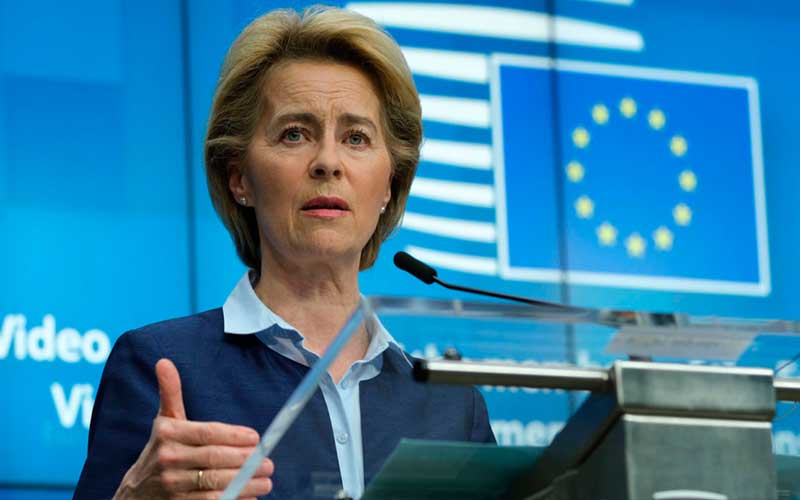 On Monday, Ursula von der Leyen, the European Union's first female chief executive, pledged to campaign for women's rights after being denied a chair at a meeting with Turkey's President Tayyip Erdogan in Ankara two weeks ago.

Enraged Commission President Ursula von der Leyen told the European Parliament that on the 6th April incident, in which she was assigned to an adjacent sofa while Erdogan and European Council President Charles Michel sat in prepared chairs, demonstrated Erdogan's contempt for female politicians.

"I can't find any justifiable explanation for how I was treated, and so I'm left with this conclusion that it happened because I'm a woman," von der Leyen said, questioning if the same thing would have happened if she had been a guy.

Von der Leyen was completely taken aback when the two men sat on the only two chairs prepared during the Ankara visit on April 6, consigning her to an adjacent sofa.

"I felt wounded, and I felt alone as a woman and as a European," von der Leyen told EU lawmakers, taking a jab at Michel, who has been widely chastised for failing to intervene on her behalf in Ankara.

"I'm the President of the European Commission, and this is how I expected to be conducted like during visiting Turkey (...) but I was not," von der Leyen said. "This demonstrates how far we really have to go until women are treated equally, always & everywhere."

Michel expressed his sorrow for the situation again in parliament, saying that he knew it offended many women. He also told lawmakers that deepening economic relations with Turkey was difficult due to a deterioration in Turkey's basic rights and freedoms, especially for women.