Sri Lanka won the toss against England and decided to bat first. This match is being played at the famous SCG in Sydney. Sri Lanka have included Chamika Karunaratne in their team in place of Pramod Madhushan. While there is no change in the English team. 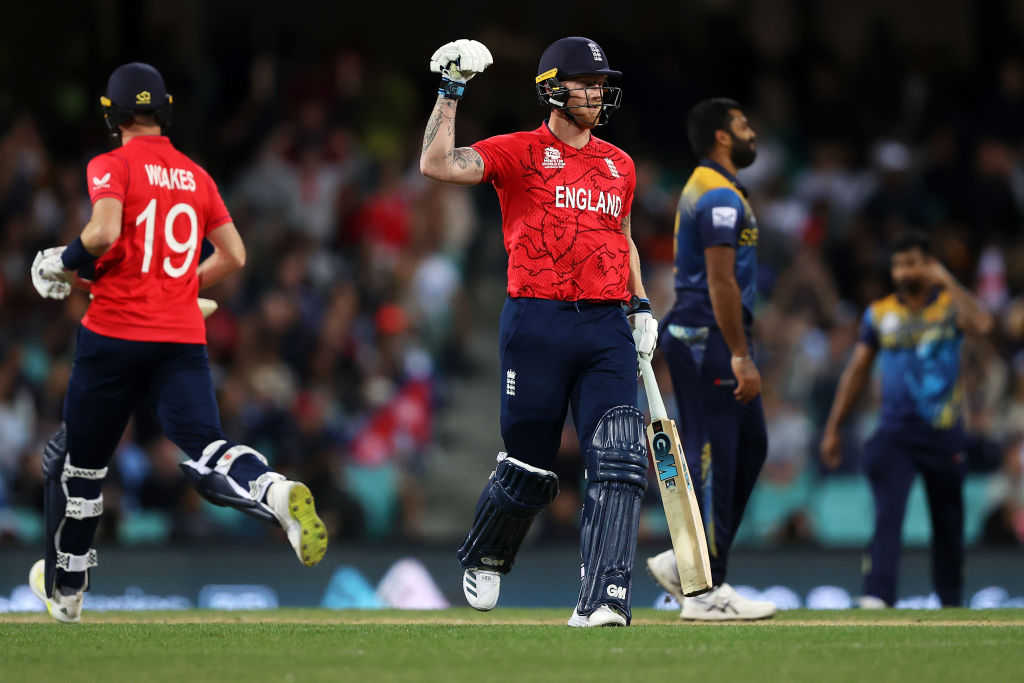 In the T20 World Cup, the English team defeated the Lankans by four wickets to become the second team to make it to the semi-finals in the very important match played between England and Sri Lanka under Group 1 on Saturday. At the same time, with the victory of England, Australia's sack-bed was also tied to the World Cup. Even before the match started, the importance of the match was about whether England would reach the semi-finals or Australia.

The element of the Australians made this match interesting, but England was successful in beating. Chasing a comparatively easy target of 142 runs, captain Jos Buttler (28) and Alex Hales (47) put on 75 runs for the first wicket to give England a fine start, adding almost ten runs per over, but this When both were out, England's innings collapsed. The wickets of Barry Brooks (4), Livingstone (4), Moeen Ali (1) and Sam Curran (6) fell at regular intervals, then once the match seemed to be stuck, but Ben Stokes (42 not out) at one end. Batting according to the need, with two balls and four wickets remaining, England got a ticket for the semi-finals.

In the first innings, Sri Lanka won the toss and elected to bat first, so the start was not good either. Kusal Mendis (18) was out soon, then Dhananjay de Silva (9) and Asalanka (8) could not even touch the double figure from here, but opener Pathum Nissanka (67) kept the score running at one end. The only support was found in the form of Bhanuka Rajapaksa (22), then the rest could not even touch the double figure and the Sri Lankan team could only score 141 runs for 8 wickets in 20 overs of quota. Mark Wood took three wickets.

Sri Lanka won the toss against England and decided to bat first. This match is being played at the famous SCG in Sydney. Sri Lanka have included Chamika Karunaratne in their team in place of Pramod Madhushan. While there is no change in the English team. It is a do or die fight for England. Jos Buttler's team is third in the Group 1 table with 5 points from four matches. A win in this match would propel them into the semi-finals, while a defeat would knock them out of the tournament and help Australia advance to the knockout rounds of the T20 World Cup. On the other hand, Sri Lanka is already out of the race for the semi-finals.