the police launched a search operation with the help of Army and CRPF and was successful in killing a foreign Pakistani terrorist. An assault rifle, five magazines and other items were also recovered from him. 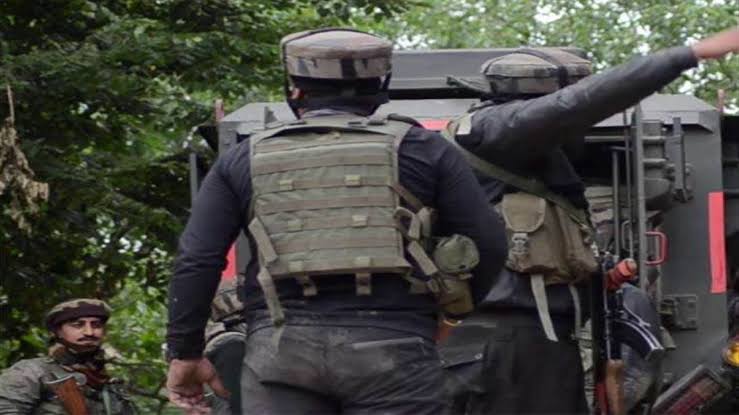 After the increasing target killings in Kashmir, now the security forces have opened a front showing aggression against the terrorists. An encounter has started between security forces and terrorists in Kulgam, South Kashmir. On the basis of preliminary information, about two terrorists have been surrounded. Firing continues from both sides.

Meanwhile, Kashmir Zone Police tweeted on internet media that encounter with terrorists has started in Badimarg and Alura village of Shopian. Police and army are busy in their work. It may be mentioned here that the encounter site is going on in the village adjoining the boundaries of Kulgam and Shopian districts. This is the reason that some call it Kulgam and some call it the area of ​​Shopian district.

A Pakistani terrorist of Lashkar-e-Taiba was killed by security forces during an encounter in Sopore on Monday. The slain terrorist has been identified on the basis of documents recovered from him. He has been identified as Hanjalla of Lahore, Pakistan. Earlier on June 4, a Hizbul Mujahideen commander was killed in an encounter in South Kashmir's Anantnag district. His three accomplices involved in this encounter managed to escape taking advantage of the darkness.

The search operation is on by the security forces to nab them. Earlier on Monday evening, around 6 o'clock in the evening, there was information about the hiding of terrorists in Jalura area of ​​Panipora, Sopore. After this, the police launched a search operation with the help of Army and CRPF and was successful in killing a foreign Pakistani terrorist. An assault rifle, five magazines and other items were also recovered from him.