The crew reported they were feeling well after their arrival back on Earth following a nearly six-month mission aboard the International Space Station, NASA said. 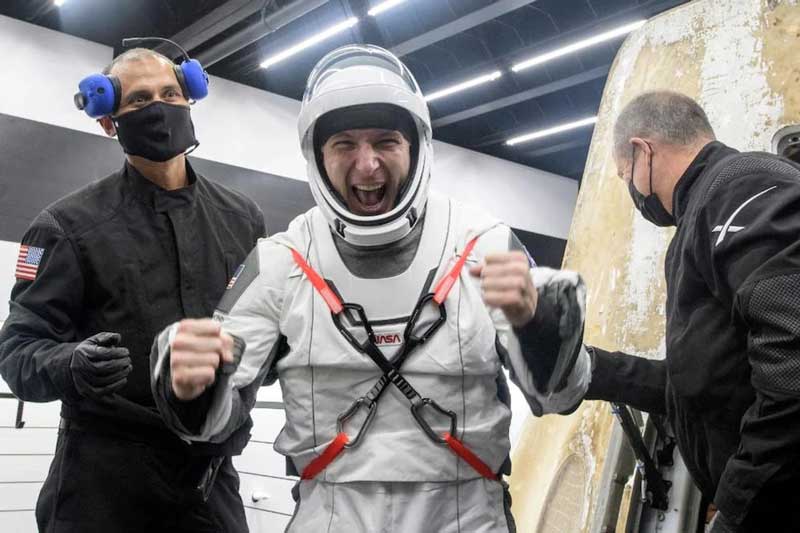 On Sunday, SpaceX successfully returned four astronauts from the International Space Station, marking the first time in more than 50 years since the Apollo 8 moonshot that a US crew has splashed down in the dark.

Just before 3 a.m., the Dragon spacecraft parachuted into the Gulf of Mexico off the coast of Panama City, Florida, after an express journey of six and a half hours which was entirely automated from Kennedy Space Center in Florida, bringing SpaceX's second astronaut mission to a close.

“We welcome you back to planet Earth and thanks for flying SpaceX,” SpaceX's Mission Control radioed moments after splashdown. “For those of you enrolled in our frequent flyer program, you've earned 68 million miles on this voyage.”

Three NASA astronauts Michael Hopkins, Shannon Walker, Victor Glover and one Japanese astronaut from Japan Aerospace Exploration Agency, Soichi Noguchi travelled back in the same Resilience spacecraft that they had been launched in from NASA's Kennedy Space Center, back in November.

The crew reported they were feeling well after their arrival back on Earth following a nearly six-month mission aboard the International Space Station, NASA said.

NASA confirmed, “After a six-month stay, Dragon and the Crew-1 astronauts are set to depart from the ISS tonight at 8:35 p.m. ET and return to Earth. Weather conditions off the coast of Florida continue to look good for tomorrow’s splashdown at 2:57 a.m. ET.”

After the hatch to the capsule was opened, Commander Michael Hopkins was the first to appear out of it, doing a slight dance as he stepped onto the deck, joined by another NASA astronaut Victor Glover.

The mission was of the longest duration for a crew spacecraft launched from the United States, lasting 167 days. NASA's final Skylab station astronauts set the existing milestone of 84 days back in 1974.