After ten months of development work, NASA approved the $2.9 billion human-lander contract on Friday. The contract with SpaceX includes two lunar landings: a trial flight to the surface without a crew and the actual flight with astronauts in the moon lander. 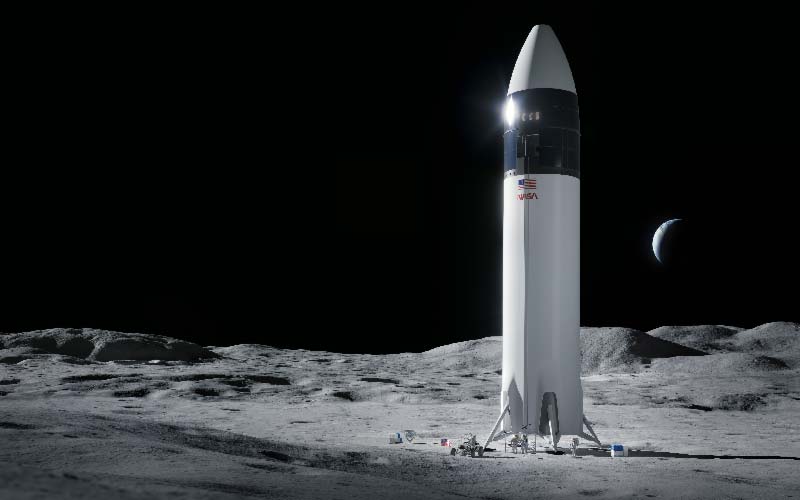 Elon Musk's Space Exploration Technologies Corp. edged ahead out of two other bidders, Jeff Bezos' Blue Origin and a unit of Leidos Holdings Inc., to bag a NASA deal to build a system for landing astronauts on the moon.

As part of NASA's Artemis programme, astronauts will be sent to discover more of the Moon, and the agency has chosen Elon Musk's SpaceX to develop he first commercial human lander which will safely transport two American astronauts, including an astronaut of colour to the Moon.

Steve Jurczyk, NASA’s acting administrator said, “We awarded the SpaceX contract given the appropriation we have and what we believe are realistic budgets in future years." He further added, "We should accomplish the next landing as soon as possible. If they hit their milestones, we have a shot at 2024. "

After ten months of development work, NASA approved the $2.9 billion human-lander contract on Friday. The contract with SpaceX includes two lunar landings: a trial flight to the surface without a crew and the actual flight with astronauts in the moon lander.

Elon Musk took to Twitter enthusiastically to thank NASA for awarding his company SpaceX the contract.

Kathy Lueders, NASA's associate administrator for Human Explorations and Operations Mission Directorate said referring to the $2.9 billion contract award, "With this award, NASA and our partners will complete the first crewed demonstration mission to the surface of the Moon in the 21st century as the agency takes a step forward for women’s equality and long-term deep space exploration.” She further said, “This critical step puts humanity on a path to sustainable lunar exploration and keeps our eyes on missions farther into the solar system, including Mars.”

Four astronauts will be launched into lunar orbit on the Orion spacecraft by a Satellite Launch System rocket. Two members of the crew would then switch to the SpaceX human landing system (HLS) for the final stage of their trip to the lunar surface. They will board the lander for their brief trip back to orbit on Orion after spending about a week exploring the Moon and then return along with the rest of the astronauts.

In a press release, NASA informed that SpaceX's HLS Starship, which is built to land on the moon "leans on the company's tested Raptor engines and flight heritage of the Falcon and Dragon vehicles."