The Madras High Court had accused them for not taking any steps to curb the political parties for publicly flouting Covid-19 protocols even as the court was repeatedly reminding to “maintain Covid protocol”. 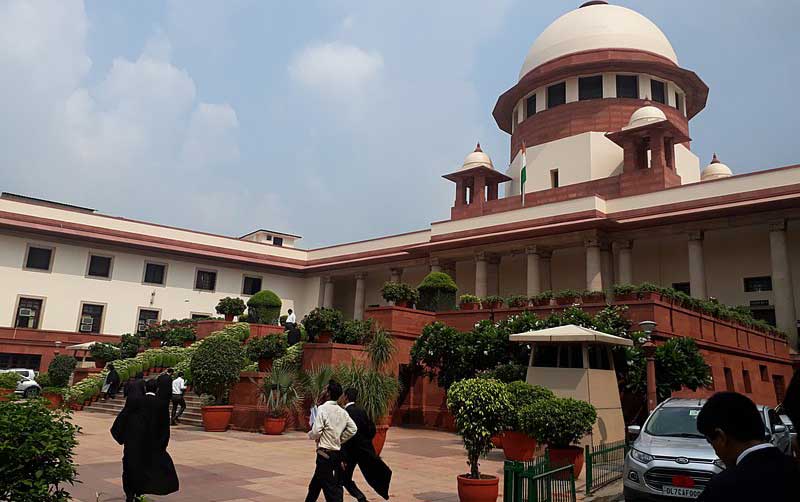 The Election Commission of India (ECI) has filed a petition with the Supreme Court in response to the Madras High Court's remarks about the polling body. The Commission was chastised by the High Court for holding elections during the second phase of the pandemic and failing to follow Covid-19 safety protocols.

The Election Commission had petitioned the Madras High Court to prevent the media from reporting the court's verbal comments accusing the institution for the increase in Covid-19 infections. This petition was rejected by the High Court which replied that “if any frivolous complaints are made” the polling body can always move towards the courts.

Following which, the election body approached the apex court. The Supreme Court is set to hear the petition of the Election Commission on Monday.

The Madras High Court had slammed the Election Commission for “not stopping political parties” from breaching Covid-19 safety guidelines during public rallies and processions for Assembly elections in the four states and a Union Territory over the last month, saying that the body should potentially face murder charges because it is “the only institution that is singularly responsible for the situation that we are in today... No action against political parties taking rallies despite court orders.”

A bench of Chief Justice Sanjib Banerjee and Justice SenthilkumarRamamoorthy had remarked that the election body was “the most irresponsible over the last few months in not stopping political parties from wanton abuse of the Covid-19 protocol”.

The Madras High Court had accused them for not taking any steps to curb the political parties for publicly flouting Covid-19 protocols even as the court was repeatedly reminding to “maintain Covid protocol”.

The Madras High Court's remark was "uncalled for, blatantly disparaging and derogatory," according to the poll body.

In its petition to the Supreme Court, the EC requested that media outlets be directed to limit their coverage on remarks made in orders or rulings, and to avoid commenting on oral observations made during court proceedings.