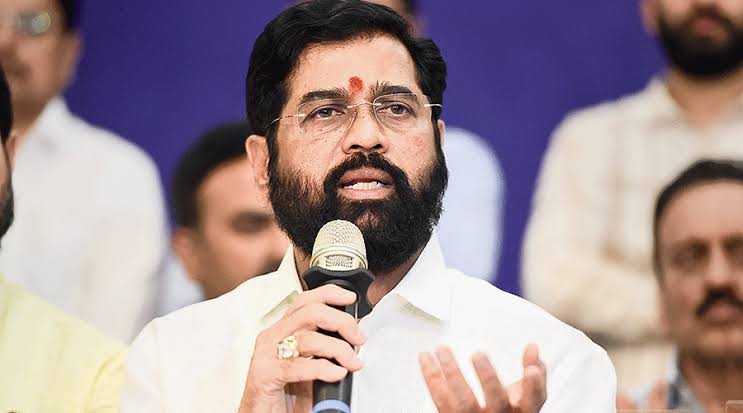 The Election Commission has named the Eknath Shinde faction as Balasahebunchi Shiv Sena. At the same time, the commission had asked to give 3 new names regarding his election symbol. According to sources, the names sent by the Shinde faction include Surya, Peepal tree and Shield-Sword. The Election Commission will allot them election symbols after conducting a thorough investigation and on the basis of the free list of symbols.

At the same time, the Uddhav Thackeray faction has released a poster with the new election symbol and the name of the new party. The Election Commission of India has allotted the Uddhav faction with 'Shiv Sena (Uddhav Balasaheb Thackeray)' as the party's name and the flaming torch as their election symbol.

In Maharashtra, Cabinet Minister and spokesperson of Eknath Shinde faction Deepak Kesarkar said that the decision given by the Election Commission today should be accepted by all. We welcome this decision. Balasaheb Thackeray's Shiv Sena, we have got this name. Balasaheb's name will be with us. He said that on one hand Udvav Thackeray Shiv Sena and our Balasaheb ki Shiv Sena. We follow Balasaheb's Hindutva ideas, hence we got the name Balasaheb. Eknath Shinde is in a way blessed with Balasaheb's name. Deepak Kesarkar further said that Udvav Thackeray left Hindutva, so he did not get the name of Balasaheb. Keskar said that we have to give 3 symbols by tomorrow morning. Eknath Shinde will take a decision by tomorrow after discussing it.

Uddhav Thackeray faction releases a poster with the new symbol and the new party's name.

Election Commission of India allotted 'ShivSena (Uddhav Balasaheb Thackeray)' as the party name to Udhhav faction and the flaming torch as their election symbol. pic.twitter.com/xikZKohR5V