Discussions with Amit Shah are believed to have centered around the power sharing formula with the Shinde faction of the BJP and Shiv Sena. 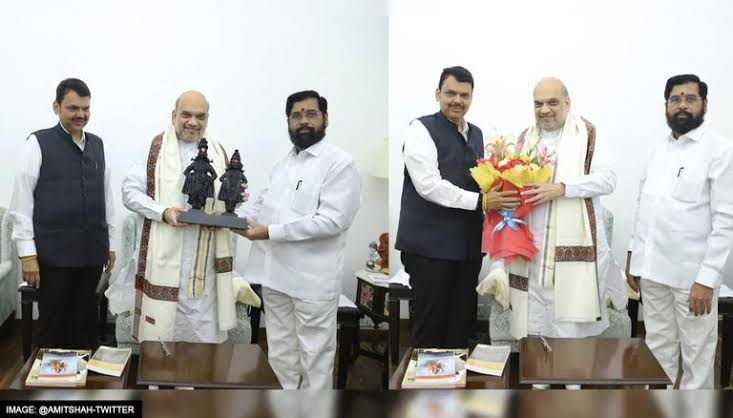 After reaching the capital on Friday, both the leaders reached Maharashtra Sadan after which Devendra Fadnavis reached the residence of Home Minister Amit Shah. After some time Eknath Shinde also came.

Sharing a picture of his meeting with Shinde and Fadnavis, Amit Shah wrote on Twitter, "I am sure that under the guidance of Prime Minister Narendra Modi, both of you will faithfully serve the people and take Maharashtra to new heights of development."