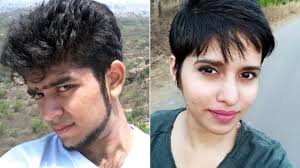 A Union Minister has made a very controversial comment on the murder of a woman by her live-in partner in Delhi. Shiv Sena's Priyanka Chaturvedi has sharply criticized Union minister Kaushal Kishor's remarks blaming "educated girls" and demanded Prime Minister Narendra Modi to sack him.

Stating that live-in relationship gives rise to crime, Kishore said that “all these incidents are happening with girls who are well educated and think that they are very forthright and capable of taking decisions about their future.