The Income Tax Department team raided the residence of Sameer Kumar Mahaseth at 7 am. This raid was done in the house of Industries Minister in Patna. 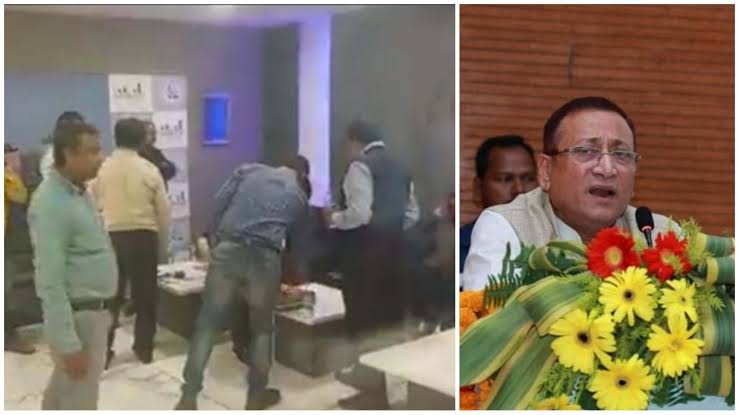 The Enforcement Directorate (ED) raided the premises of Bihar Industries Minister Sameer Mahaseth. Raids have been conducted at many other places including Patna. Sameer Mahaseth, who became a minister from RJD quota in the Nitish government, has become MLA for the second time from Madhubani in Bihar, before that he was also a member of the Bihar Council.

It is believed that he has come under the radar of investigative agencies regarding cases related to financial irregularities. Sameer Kumar Mahaseth, son of former minister Rajkumar Mahaseth, has won from Madhubani assembly constituency for the second consecutive time in the assembly elections 2020 on RJD ticket. Prior to this, he has also been a member of the Legislative Council. In August 2022, when Nitish Kumar broke ties with the NDA and formed a grand alliance government with the RJD and other parties, he was made a minister.

Mahaseth, active in politics since 1977, has also been a member of the Bihar Legislative Council from 2003 to 2009. In the year 1998, Sameer Mahaseth took over as the Director of ICAR. In 2008, he was a member of the Child Labor Commission. Then in 2013 he was the President of Social Olympics Bihar.