The Enforcement Directorate (ED) on Saturday raided 6 locations of the promoters of the mobile gaming app company in Kolkata. 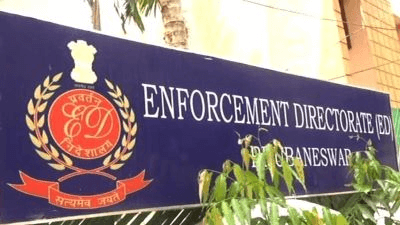 Kolkata: The Enforcement Directorate (ED) on Saturday raided 6 locations of the promoters of the mobile gaming app company in Kolkata. In this, cash of Rs 17 crore has been seized so far. The counting of notes is still going on. These raids were conducted under the Money Laundering Act. ED gave this information by releasing a photo. Bundles of 2000, 500, and 200 rupee notes are visible in the photo.

The ED's action is on at the locations of mobile gaming app company 'E-Nuggets' and its promoter Aamir Khan and others. According to the ED, the counting of notes is going on right now. 5 machines and bank staff have been called on the spot to count the notes.

Different ED teams have been conducting raids since morning at Park Street, McLeod Street, Garden Reach, and Mominpur in Kolkata. These teams along with the Central Security Force personnel are conducting a search operation. ED officials also searched the residence of the father-son lawyer by profession.