A five-member team from the National Conference (NC) will meet with the Delimitation Commission when they arrive in Jammu and Kashmir on Tuesday for a two-day visit, according to a party leader. 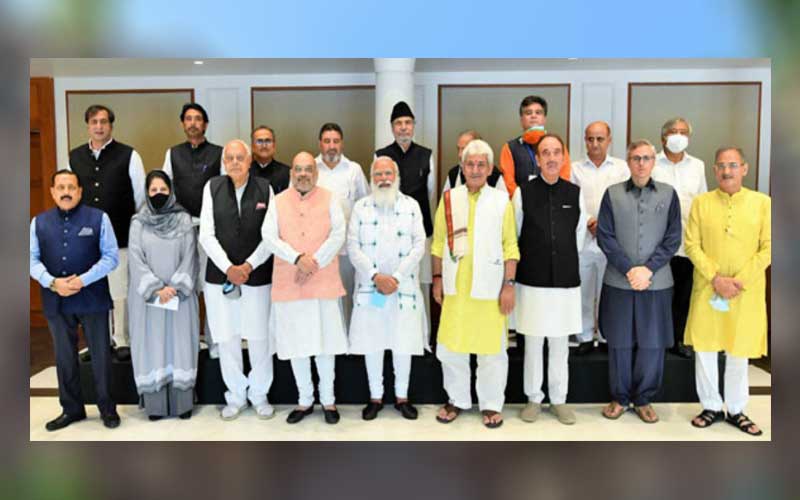 The Jammu and Kashmir Delimitation Commission will arrive in the Union Territory on Tuesday for a two-day visit to meet with political parties, local officials, and other stakeholders, as well as acquire ground-level information on redrawing constituencies.

Both the Congress and the BJP, as well as the Panthers Party of Jammu and Kashmir, have praised the Election Commission's decision and stated they will meet with the delegation to demand fair representation for all ethnicities.

Ravinder Raina, the president of the BJP's Jammu and Kashmir branch, said his team will ask the commission for a "lawful and rational delimitation." "The delimitation of Assembly seats in Jammu and Kashmir was questioned in 1985 and is still being debated today. The BJP will demand a delimitation in which no one is prejudiced against and everyone is represented equally "he stated Kavinder Gupta, a BJP leader, went on to say that his party wants the delimitation to be done in two parts: the hill area and the plains.

The BJP's erstwhile alliance partner has opted not to communicate with members of the Delimitation Commission, according to sources. Mehbooba Mufti, the former chief minister of J&K, has taken a firm stand on the matter. According to sources, she believes the Centre has failed to ensure confidence-building measures ahead of the exercise. The PDP and the federal government continue to disagree on the question of statehood for J&K and the repeal of Article 370.

From July 6 to 9, the Delimitation Commission, which is responsible for redrawing parliamentary and assembly constituencies in Jammu and Kashmir, will visit the Union Territory to meet with administrative officials, political parties, and public groups. The panel decided to visit Jammu and Kashmir after meeting on June 30 at the Election Commission office in the national capital. On June 24, Prime Minister Narendra Modi met with political leaders from Jammu and Kashmir, describing the meeting as "an important step forward" in the ongoing efforts to make the region more prosperous and progressive.