Economy likely have receded by 12% in June quarter amid second wave of covid-19: Report

According to UBS Securities India, the Indian economy's 12 percentage point loss in the June quarter despite a covid second wave may not result in a strong V-shaped rebound due to weakening consumer sentiment. 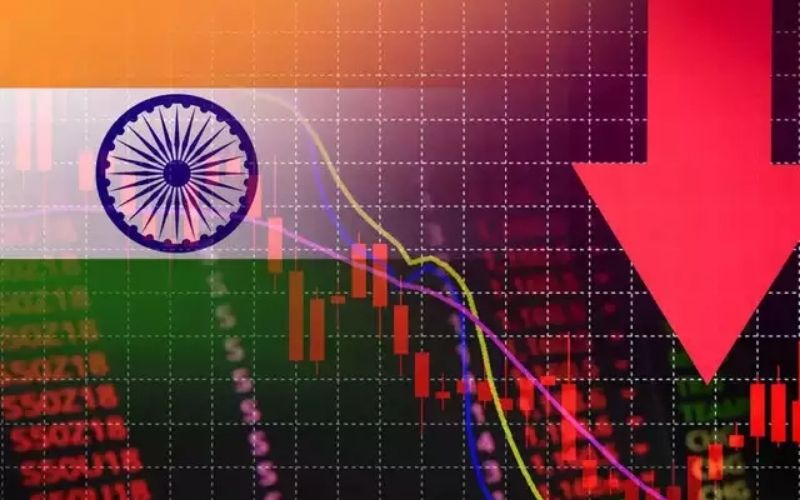 According to research by UBS Securities India, the Indian economy may have declined by 12% in the June quarter as a result of state-imposed lockdowns in April-May to contain the second wave of the fatal Covid-19 epidemic. In the same quarter last year, the economy shrank by 23.9%.

The economy fell by 7.3% in FY2021, the greatest decline on record, after a lockdown imposed by the government last year to combat the virus's first wave ground the economy to a standstill.

In reality, the economy fell by a whopping 23.9% in the June quarter and 17.5% in the second quarter of FY2021, before staging a V-shaped recovery in the following two quarters as lockdown standards gradually eased.

As per the Swiss firm UBS Securities India, the 12 % point drop in the June quarter may not be followed by a dramatic V-shaped rebound this time around because of weaker consumer mood as people are more concerned about the pandemic than last year.

The brokerage firm anticipates a sequential increase in economic activity beginning in June, but believes the economy will acquire pace only in the second half.

"Unlike the V-shaped rebound in 2020, we anticipate the economy to recover slowly this time, as consumer mood remains low due to pandemic-related worries," Tanvee Gupta Jain, an economist at the Swiss brokerage, wrote in the study.

According to the Centre for Monitoring Indian Economy, the second covid wave wreaked havoc on economic activity and left more than 2 crore people out of work throughout the nation in April and May.

On the plus side, the lockdown in the second wave lasted little more than a month as opposed to 2.5 months in the first wave and was more localised, with industrial and building activity permitted on a restricted scale.

Meanwhile, the RBI stated in its monthly bulletin for June 2021 that the second covid wave may result in a loss of 2 lakh crore in production during the current fiscal year due to containment efforts and viral spread into smaller cities and villages, which will impact rural demand.

In a study released earlier last week, the industry organisation CII underlined that rapid vaccination is the key to a speedier economic recovery, calling for vaccine production to reach at least 175 crore doses by 2021.

In its latest monetary policy statement, released at the beginning of the month, the Reserve Bank kept the status quo on key policy rates for the sixth time in a row, maintaining its accommodating stance to spur economic development.

Since last year, India has registered around 2.8 crore covid-19 infection cases, second only to the United States, with over 3 lakh casualties.