EC prohibits any demonstration of celebration after election win 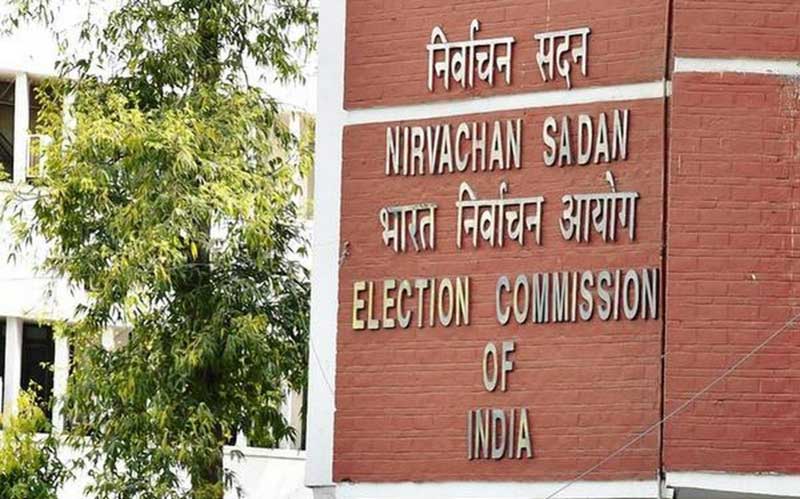 In the wake of the second wave of Covid-19, the Election Commission of India has barred all victory demonstrations on the day of or the day following the counting of votes in the five states of- West Bengal, Assam, Tamil Nadu, Puducherry and Kerala in recent weeks.

A letter to the chief electoral officers of all States and Union Territories notified, "No victory procession after the counting on 2.5.2021 shall be permissible.”

Election Commission of India prohibits all victory processions on or after counting.@ECISVEEPpic.twitter.com/5URDsOJX6y

The Election Commission has agreed to enact more strict rules to be implemented during the vote-counting period. The election body has issued in the directive to all state and union territory chief electoral officers the prohibition of public processions.

Furthermore, no more than two people will join the winning candidate when he or she receives the election certificate.

The notice informed, "Not more than two persons shall be allowed to accompany the winning candidate or his/her authorised representative receive the certificate of election from the Returning Officer concerned."

A letter containing guidelines also stated that the rules for political parties running political campaigns and public meetings have been amended based on recommendations from various political parties, different chief electoral officers of states and union territories. This letter was signed by the senior public relations secretary to the EC, Sumit Mukherjee.

JP Nadda, the president of the Bharatiya Janata Party, supported the Election Commission's decision to prohibit any success celebrations.

He wrote in a Twitter post, “I welcome the decision of the ECI banning celebrations and processions of electoral victories. I have directed all state units of BJP to strictly adhere to this decision. All karykartas of BJP are using their energies to help the ones in need in this hour of crisis."

I welcome the decision of the ECI banning celebrations and processions of electoral victories. I have directed all state units of BJP to strictly adhere to this decision. All karykartas of BJP are using their energies to help the ones in need in this hour of crisis.

The Election Commission was found "singularly responsible" for the second wave of Covid-19 cases in India by the Madras high court on Monday. Chief Justice Sanjib Banerjee also said that EC officials should be "booked on murder charges" for enabling political rallies during the Covid-19 outbreak.