Earthquake struck again in Jammu and Kashmir, are these signs of any major devastation

Experts believe that these mild earthquakes should be seen as a big warning and preparations should be started in advance to avoid damage in case of major earthquake. 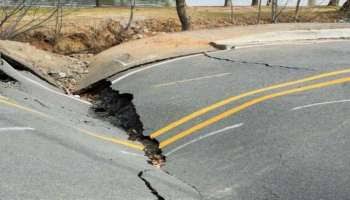 The NCS said the quake occurred at 4.32 am on Saturday, with latitude 32.87 degrees north and longitude 75.46 degrees east. The epicenter of the earthquake was 26 km southwest of Bhaderwah town of Jammu division and its depth was 10 km. Earthquake tremors were felt in Reasi, Udhampur, Doda, Ramban and Kishtwar districts of Jammu division in the last five days.

Local Earth scientists warned that these small tremors could be a sign of a major seismic event to come. Small earthquakes have been frequent in Jammu and Kashmir in recent times. Are these small earthquakes a sign of a bigger danger? In such a situation, taking them lightly can prove to be a big mistake. Experts believe that these mild earthquakes should be seen as a big warning and preparations should be started in advance to avoid damage in case of major earthquake.

Small tremors of an earthquake give a warning before a major earthquake occurs. In such a situation, it is prudent to start preparing in advance for the least loss of life and property. A media report quoted former head of National Center of Seismology (NCS) AK Shukla as saying that no such machine has been made, which can predict earthquakes but small earthquakes should be seen as a warning of major earthquakes.