The agency said the earliest waves reached Japan's westernmost island of Yonaguni, about 250 kilometers northeast of Taitung. These waves can reach near Taiwan at 4.10 pm. 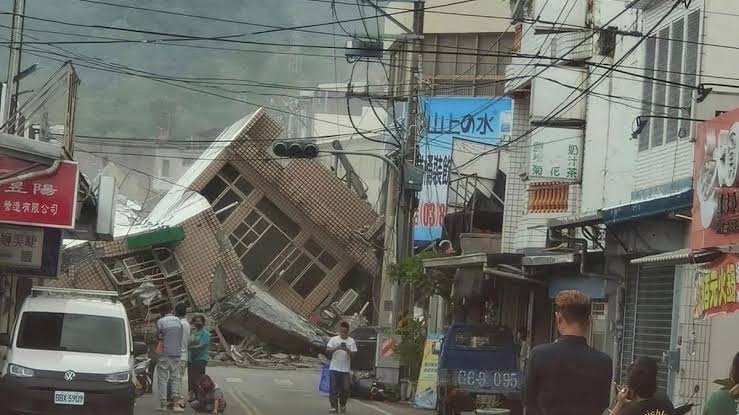 A strong earthquake struck Taiwan on Sunday night. Its magnitude is 7.2 on the Richter scale. This intensity is considered to be of dangerous level. A 7.2 magnitude earthquake has been felt in the city of Yujing, Taiwan. Earthquake tremors of such a strong intensity have occurred at around 12.14 pm Indian time. The US Geological Survey said a strong earthquake struck 85 km east of Yujing, Taiwan. A two-story building collapsed near the epicenter of the quake, according to Taiwanese media. The tremors were also felt in the northern area of ​​the island in the capital Taipei. A day before this, an earthquake of 6.5 magnitude had hit here.

After the earthquake in Taiwan, Japan's Meteorological Agency has issued a tsunami alert. Meteorologists have warned people to stay away from the beach. However, one thing about this island is that until a 7.0 magnitude earthquake occurs, the island does not issue a tsunami warning.

The agency said the earliest waves reached Japan's westernmost island of Yonaguni, about 250 kilometers northeast of Taitung. These waves can reach near Taiwan at 4.10 pm.

Last Sunday, a 7.6 magnitude earthquake was felt in the Pacific Ocean off Papua New Guinea. It killed at least three people. Authorities said some people were injured and buildings were also damaged. The tremors of the earthquake were felt across the country. Morobe provincial disaster director Charlie Massange said three people were killed and others were injured in a landslide in the gold-mine city of Wau. He said the quake also damaged some health centres, houses, rural roads and highways. Massange said it may take some time to ascertain the damage and casualties in the area.

Earlier in September, a 6.8-magnitude earthquake struck China's Sichuan province, causing extensive damage in the province's Ganje Tibetan Autonomous Region. According to state broadcaster CCTV, rescue teams said 25 more people were reported missing as of Sunday evening. The search for survivors and the recovery of bodies was complicated due to heavy rains and the risk of landslides. Some residents had to take shelter in temporary shelters due to heavy rains and landslides. The quake also affected the province's capital, Chengdu, where residents are under a strict zero-Covid policy.