Earthquake devastation after the havoc of Corona in Sichuan, China, 65 people died

The tall buildings started shaking like dry leaves. In such a situation, people came out of the houses and started running here and there. 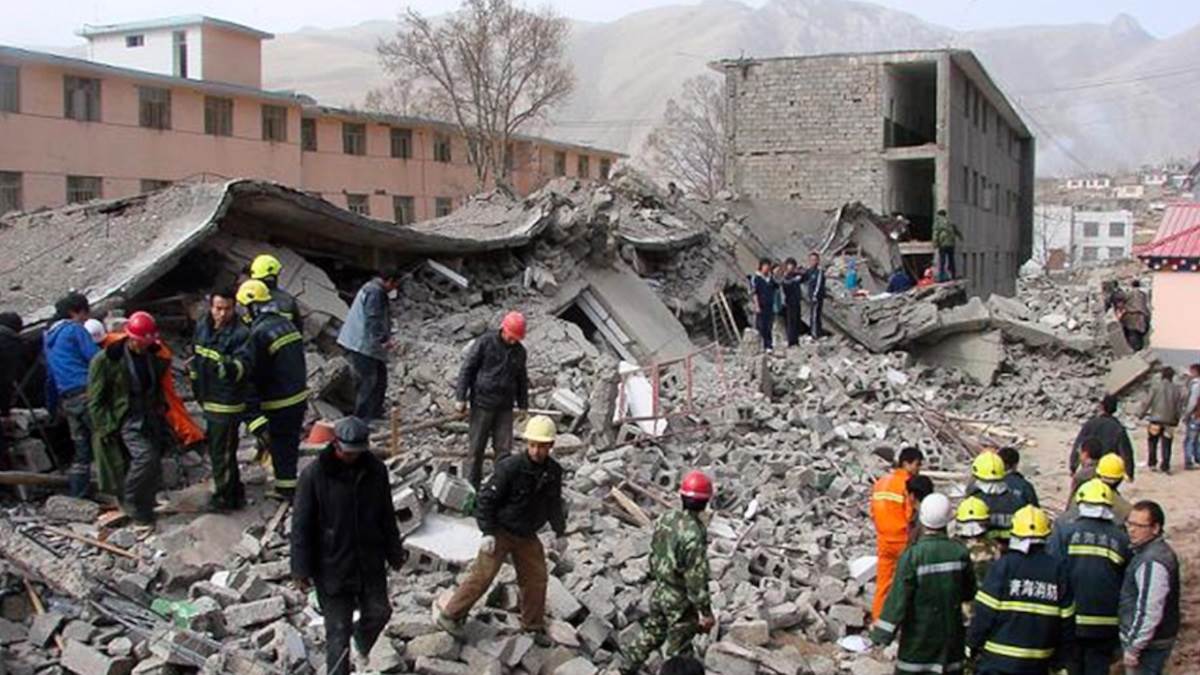 The life of the people of China has been passing through very difficult times for some time. In the Sichuan province here, after the havoc of Corona, there has been an outcry due to the earthquake. The death toll from Monday's earthquake in China's southwest Sichuan province has risen to 65, with hundreds injured. At the same time, at least 16 people are missing.

The Luding County area adjacent to the Tibetan Plateau is considered vulnerable to earthquakes. Monday's 6.8-magnitude earthquake was so powerful that buildings in the provincial capital Chengdu shook. Some trees were uprooted. The poles fell. The tall buildings started shaking like dry leaves. In such a situation, people came out of the houses and started running here and there.

More than two crore residents here are already facing the brunt of the lockdown due to Corona. The quake damaged several buildings in the historic city of Moxi in the Tibetan Autonomous Prefecture of Garje, killing 37 people and injuring 150, according to state-run Xinhua news agency. More than 50,000 people have been evacuated from their homes and taken to safer places. At the same time, another 28 people were killed in neighboring Shimian County, where 248 people were injured.

Tension has been going on between China and Taiwan for a long time. The Chinese army also conducted war exercises on the border of Taiwan. Many Chinese fighter planes have violated Tawain's airspace. It is not possible to say when the war between China and Taiwan will break out. Despite this, Taiwan showed generosity at the time of natural disaster and said, We are ready to send rescue teams together in the disaster. Condoling the earthquake in China, he said that if needed, we are ready to send rescue teams. Taiwan's President Tsai Ing-wen has expressed condolences to the families of those killed in the earthquake.