This was the second time in a week that an earthquake hit the national capital and NCR. People in Noida, Ghaziabad and Meerut felt these tremors for 54 seconds. Apart from this, earthquake tremors were also felt in Uttarakhand. 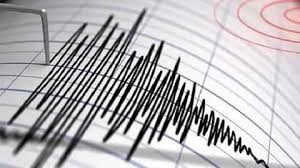 Earthquake tremors were felt in 5 states including Delhi-NCR and UP on Tuesday as well. Its epicenter was also in Nepal and its magnitude was 6.3 on the Richter scale. 6 people died due to this earthquake. According to the National Center for Seismology, this earthquake occurred in Nepal at 1:57 pm on November 9 due to which the house collapsed in Doti district and 6 people lost their lives.

There was also an earthquake in Nepal on 25 April 2015 at 11:56 am. It had a magnitude of 7.8 on the Richter scale. Due to this, more than 9 thousand people died and more than 23 thousand people were injured. Its epicenter was at Lamjung, 38 km from Nepal.

An earthquake of magnitude 4.2 occurred around Babala of Accham district in Nepal at 6:18pm: National Earthquake Monitoring & Research Center, Nepal