During a visit to West Bengal to investigate post-election violence, an NHRC team was attacked in Jadavpur.

The team was attacked by goons, according to Atif Rasheed, a member of the NHRC investigating team. 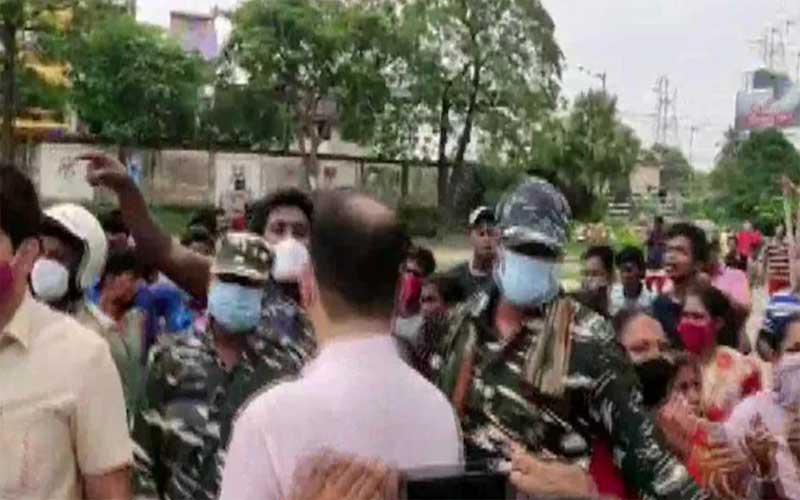 When a delegation from the National Human Rights Commission (NHRC) came to West Bengal's Jadavpur on Tuesday to investigate suspected post-poll violence, they were allegedly attacked.

"During the investigation, it was discovered that over 40 homes had been demolished. We're being harassed by thugs "Rasheed stated. "I write to bring to your notice utter collapse of law and order, wherein inhabitants of Tarakeshwar were exposed to repeated post-poll atrocities for no cause other than their political inclinations," Swapan Dasgupta, a Rajya Sabha MP, wrote to Rajiv Jain, Member, NHRC, today.

On Sunday, the National Human Rights Commission (NHRC) encouraged complainants to meet and express their concerns over alleged post-poll violence in West Bengal to NHRC committee members in person, via letter, or over the phone. According to a press release released by the NHRC on Sunday, a Committee has been formed by the NHRC Chairperson to look into various incidents, complaints, and claims of human rights breaches, particularly in the post-poll period in West Bengal, as directed by the West Bengal High Court.

The Committee, led by Rajiv Jain, Member, NHRC, and other members of the Committee, as well as many NHRC teams, have been traveling various parts of West Bengal, enquiring into the reality of these complaints/allegations, according to the statement. On June 21, NHRC chairperson Justice (Retired) Arun Mishra appointed a team led by former Intelligence Bureau chief Rajiv Jain to investigate the allegations of post-election violence in West Bengal.

Per the NHRC officials, the inquiry was ordered in compliance with the High Court of Calcutta's instructions. According to the High Court's directives, the NHRC Committee would investigate all incidences of post-election violence in West Bengal for which complaints have been filed or may be filed with the National Human Rights Commission. After many episodes of violence were reported at various locations following the announcement of the Assembly election results on May 2, a four-member delegation from the Ministry of Home Affairs visited the post-poll violence-affected districts.