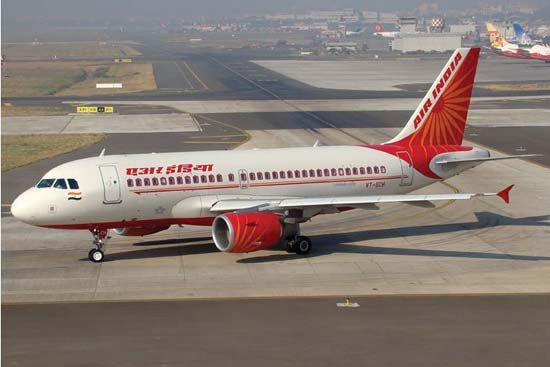 New Delhi: A drunken passenger who urinates on a woman in Air India's business class in November could be put on the no-fly list. The airline stated, "On November 26, a passenger had allegedly unchained and urinated on a passenger on an Air India flight from New York to Delhi."

It is said that the incident took place when the lights were off after lunch. After urinating, the man remained standing until another passenger asked him to leave.

The woman complained to the crew and told them that her clothes, shoes, and bag were soaked in urine. The crew reportedly gave him clothes and slippers and asked him to return to his seat.

AirIndia needs to answer :-why was the drunk person allowed to board a plane and why was he allowed to walk away scot free?Who is this man? If he is someone ‘important’ and you allow such sick behaviour, you are answerable to everyone who was in that flight @airindiain

The Times of India reported that the airline took action after the woman wrote to Tata Group chairman N Chandrasekaran.

News agency ANI quoted an Air India official as saying that a police complaint has been lodged against the man.

An official said, "Air India constituted an internal committee and recommended putting the male passenger on the 'no-fly list'. The matter is under a government committee and a decision is awaited."

The woman reportedly said in her letter that she did not want to go back to the dirty seat, so she was given the crew seat. After an hour, she was asked to return to the seat, which was later covered with sheets, but still smelled. Later, he was given another crew seat, where he spent the rest of his flight time.