Drishyam 2: The film reached close to 50 crores in the beginning

The story of 'Drishyam 2' begins from where the story of the first party in 2015 ended. The story revolves around a simple family who gets entangled in the murder case of IG Meera's son. 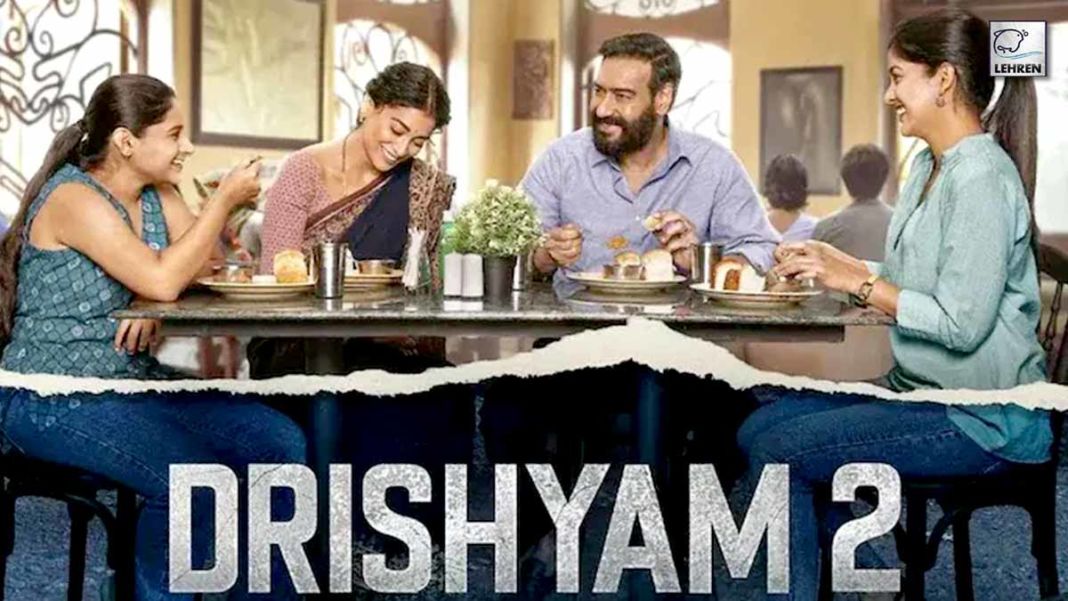 Drishyam 2 is likely to Cross 50 Crore on Weekend, For the past several films in Hindi cinema have had flop or average performance except one or two Bollywood films, the box office was dry of record-breaking films in the beginning itself whose compensation has now been completed with 'Drishyam 2'. The Ajay Devgan starrer film set the box office on its very first day. Looking at the explosive opening, it seems that 'Drishyam 2' is ready to break the records of many films released this year.

Directed by Kumar Mangat's son Abhishek Pathak, this movie is garnering appreciation from all corners, from social media to theaters and critics. The film did a business of 15.38 crores on the opening day, which is a good opening for any film. Looking at the first day's response, trade analyst Taran Adarsh ​​has predicted that the film will cross the 50 crore mark by the weekend. They said, '

With 'Drishyam 2', Ajay Devgan has broken the record of his own film 'Tanhaji'. The total earning of Tanhaji was 15.10 crores. Whereas, Drishyam 2 has earned 15.38 crores on the first day only. Drishyam 2 has been released on 3,302 screens.

The story of 'Drishyam 2' begins from where the story of the first party in 2015 ended. The story revolves around a simple family who gets entangled in the murder case of IG Meera's son. Vijay Salgaonkar goes to great lengths to save his family. The sequel of 'Drishyam' is being liked more than the first part.