Draupadi Murmu's name is 'split' in the opposition, many opposition parties can support NDA's presidential candidate

Aam Aadmi Party and Jharkhand Mukti Morcha may also support Murmu. Doubts were also raised about the role of JD(U), but in the changed situation, Nitish Kumar can also support Draupadi Murmu. Some other similar parties are also expected to come in support of Murmu. 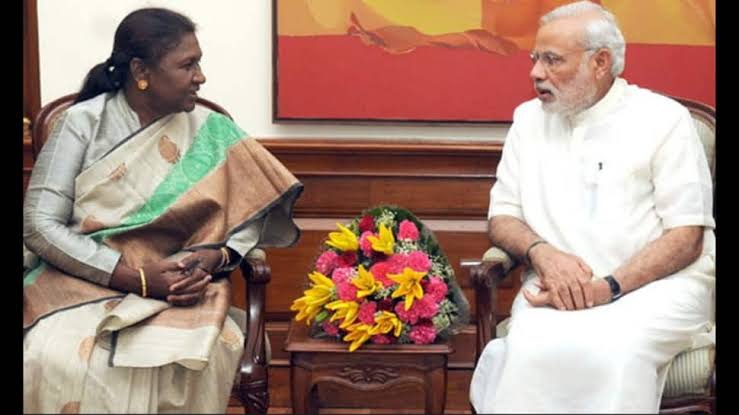 The NDA has played a big bet by making Draupadi Murmu, a woman from the tribal community, the presidential candidate. Due to this, many of his own interests are seen to be serving, so there may be a 'split' in the opposition on this matter as well. Biju Janata Dal leader Naveen Patnaik and Hum Party leader Jitan Ram Manjhi have announced their support for Murmu's claim.

Nitish Kumar was believed to be taking a different path from the NDA camp on this issue on the basis of the state's 'soil being red', but Draupadi Murmu's name has come to the fore due to opposition camp's presidential candidate Yashwant Sinha coming from Bihar. After that his maths got messed up. Janata Dal (United) leader Nitish Kumar is yet to open his cards on the issue of presidential candidate.

The opposition was looking at their candidate with great anticipation for her to win, but the government's ally Jitan Ram Manjhi has backed Draupadi Murmu's candidature in the name of a tribal woman. This has also increased the pressure on Nitish Kumar to support Murmu. A large number of tribal community voters live in Bihar. Nitish Kumar will refrain from going against his sentiments. Nitish Kumar's politics has been focused on women's issues. Because of this also they can go with Murmu.

Draupadi Murmu has been the former Governor of Jharkhand. A large number of tribal communities live in the state and the politics of the ruling party Jharkhand Mukti Morcha has also been focused on the interests of the tribal community. This is the reason it is believed that Hemant Soren can also come forward to support Draupadi Murmu.

Apart from them, some other parties doing politics of tribal communities may also come out of the opposition camp to serve Murmu. The picture may become clearer when Draupadi Murmu starts seeking support for herself.