Murmu, while interacting with BJD MLAs and MPs in the assembly premises, said, "Being Subhadra (sister), I had tied a rakhi on Jagannath's (Patnaik) wrist. Before the sister could ask for anything, the brother announced his support. 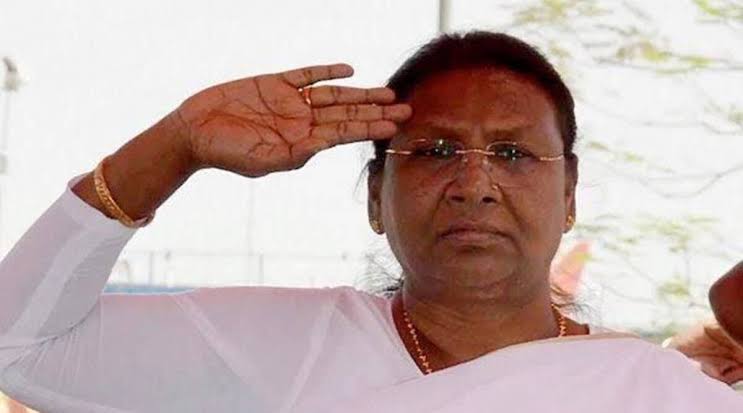 Emotionalized by a warm welcome in home state Odisha, NDA's presidential candidate Draupadi Murmu on Friday said Chief Minister Naveen Patnaik fulfilled the promise of Rakhi by declaring his party's support for her candidature. Officials had said on Thursday that Draupadi Murmu, a tribal resident of Mayurbhanj district, would be treated as a state guest when she visits Odisha for her campaign.

She said that I am indebted to him (Patnaik) for this good behavior towards this daughter of Odisha. Chief Minister Patnaik hosted lunch for Draupadi Murmu at his residence Naveen Niwas here. Sources in the chief minister's residence said Oriya dishes like brinjal bhaja, aloo bharta and badi chura were served along with rice and dal for lunch. Union Minister Gajendra Singh Shekhawat and BJD Parliamentary Party leader Pinaki Mishra also joined for lunch at Naveen Niwas.

Stating that she was twice elected to the Odisha Legislative Assembly, Murmu (64) said that all the MLAs of the state are her brothers and sisters. I have worked with most of them. Those who became members of the House after my departure are also my brothers and sisters. I don't know him personally, but technology has brought us all closer to each other. I want the support of all my brothers and sisters. NDA's presidential candidate urged all the MPs to keep working for the development of Odisha. He said that we should make Odisha a beautiful and developed place. I request the Chief Minister, all the MLAs and common people to work for the progress of Odisha.

After his interaction with the BJD MPs, he held another meeting with the BJP MLAs and MPs, where he thanked all of them for the grand welcome. Murmu also hoped that MLAs from other parties would also support the daughter of this earth. Earlier on his arrival in the state, Murmu was accorded a ceremonial welcome at the Biju Patnaik International Airport, with a tribal dance performed for him by BJP MLA Kusum Tete and party's Bhubaneswar MP Aparajita Sarangi playing cymbals.