Dr V.K. Paul warns about the third wave of Corona 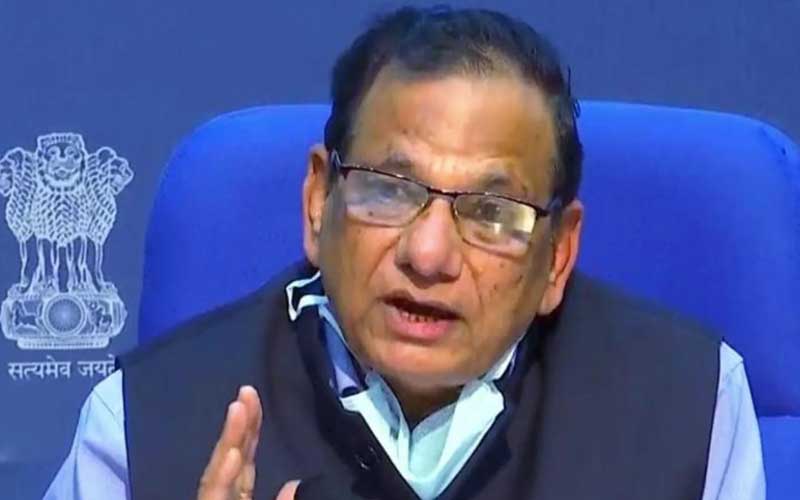 Many countries globally witnessing the third wave of Covid-19 said Dr V. K. Paul member of NITI Aayog (Health). Amidst the on-going corona vaccination in the country, he has also given information about the Moderna vaccine update on Tuesday that the government is working actively with corona virus vaccine manufacturer Moderna to gauge how the vaccine can be important and made available in India, there is on-going discourse with the company but there is no complete response yet from their side, as soon as the response comes we will start our process and move forward, he said.

“The world is witnessing third wave, we have to join hands and ensure that the third wave doesn’t hit India. Prime Minister Narendra Modi today clearly said that we should focus on keeping the third wave at bay, instead of discussing when it would come in India”, said V. K Paul at the press conference.

The Ministry of Health also provided information today, more than 100 cases in only 73 districts of the country. Health Minister’s Joint Secretary Luv Aggarwal said that 31,443 cases of corona have been registered in the country in last 24 hours. There has been a decrease of percentage in corona cases since last week. Now there are only 73 districts in the country where more than 100 corona cases are being reported daily.

There is a surge in cases in states like Mizoram, Tripura, Arunachal Pradesh and Manipur.

“We would like to request everyone, when we talk about the third wave (Covid-19), we are taking it as a weather update and not understanding its seriousness and our responsibilities associated with it, said Luv Aggarwal.

Central teams deployed in 11 states to deal with Corona, Luv Aggarwal said that we have deputed Central teams to 11 states so that they can help the state governments in managing the Corona. Apart from the north-eastern states, the teams have been sent to Maharastra, Chattisgarh, Kerala and Orissa.