DPCC: A fine of up to ₹1 lakh for defying noise pollution regulations in the capital

The penalty for violating noise pollution regulations in the city has been revised by the DPCC. Individuals will be fined up to ₹1 lakh under the new guidelines for generating noise pollution, with a punishment of up to ₹10,000 for noise over loudspeakers/public address systems. Aside from that, anyone caught lighting firecrackers in residential or business locations would be fined ₹1,000. 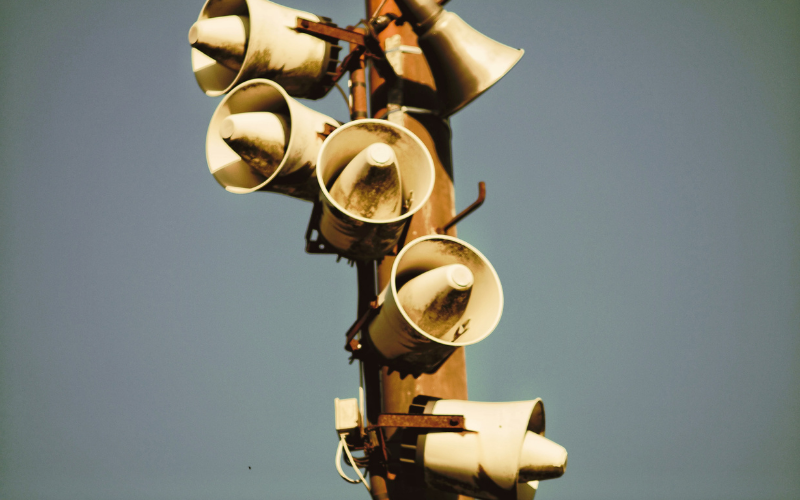 The Delhi Pollution Control Committee (DPCC) tightened the punishment for violating noise pollution in the national capital on Saturday, imposing severe fines of up to ₹10,000 for noise through loudspeakers/public address systems.

According to the order copy, a punishment of ₹1 lakh would be imposed for Diesel Generator sets of more than 1000 kilovolt-ampere (KVA) and a fine of ₹50,000 for using sound-emitting construction equipment without prior approval.

A penalty of up to ₹1 lakh was enforced under the recent revision on any means that caused noise pollution. Along with this, directives were issued to take action against generator set noise pollution. Aside from that, plants that cause noise pollution will now be confiscated. The National Green Tribunal (NGT) has likewise approved this amendment proposal. According to the new noise pollution penalty rates, if construction equipment creates more noise than prescribed levels, fines of up to ₹50,000 will be applied, and the equipment will be seized.

Besides, anyone caught with flaming firecrackers in a residential or business location would be fined ₹1,000. Furthermore, if the firework is fired in a silent zone, the fine will be ₹3,000.

Furthermore, if firecrackers are used in public rallies, marriage ceremonies, or other religious activities, a fine of up to ₹10,000 in residential and commercial zones and ₹30,000 in silent zones would be imposed.

The National Green Tribunal directed the Delhi government, Delhi Police, Delhi Pollution Control Committee, and Central Pollution Control Board (CPCB) to take additional steps to ensure that noise pollution norms are enforced at the ground level for the protection of public health and the environment on 13th August 2020.