A girl child died on Thursday after being bitten by a dog. 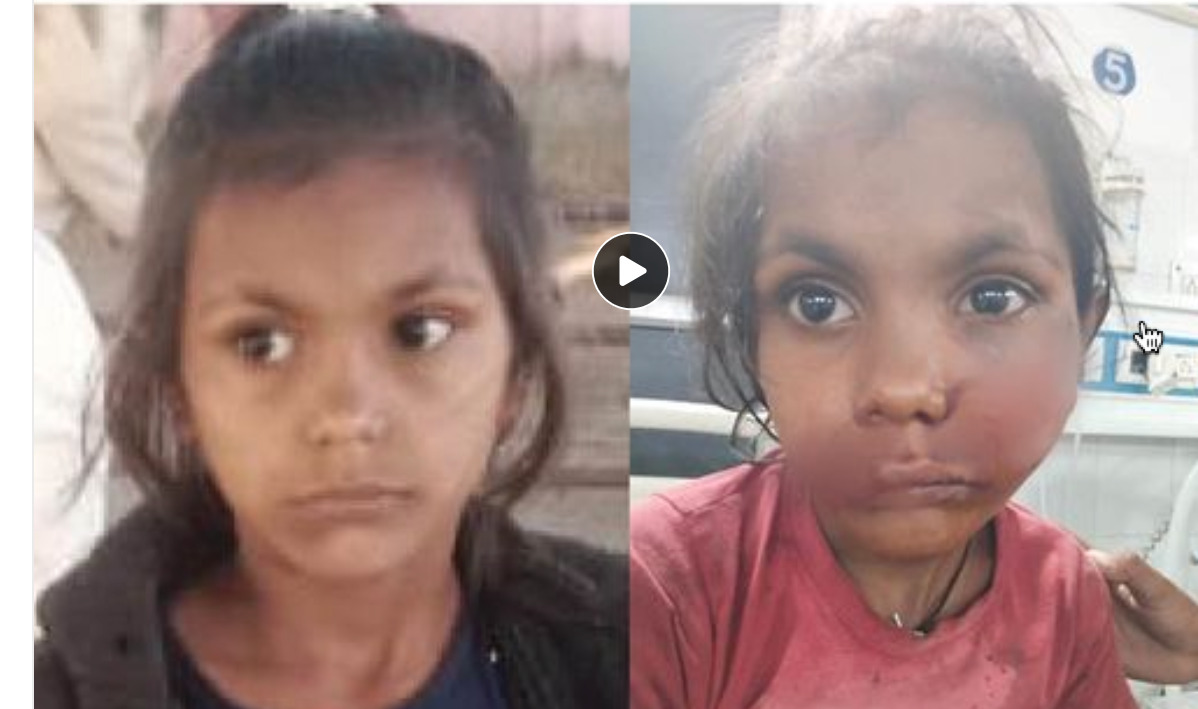 A girl child died on Thursday after being bitten by a dog. On Friday, the father performed the last rites of the daughter. The case is of Mandalgarh in Bhilwara. Before performing the last rites of the daughter, the father started crying after clinging to the dead body. Actually, about two weeks ago, her daughter was bitten by a street dog. The girl was treated and discharged. But suddenly her health deteriorated again. Then the girl died.

The girl's father Mahadev Jat told that Thabol lives with the family in Mandalgarh village of Bhilwara. His daughter Khushi (9) was playing outside the house at around 5 pm on September 27. Meanwhile, the street dog attacked Khushi playing. After dropping the girl on the road, she badly cut her face. Hearing the screams of the innocent daughter, the family members made the dog run away.

In a blood-soaked condition, the girl was immediately shown to the nearest health center, Government Mahatma Gandhi Arogya Sadan. The girl was given treatment as per the rabies protocol. Stitches were put on the girl's wound. The girl was discharged after being admitted to the hospital for three days.

On October 12, Khushi's health again deteriorated. I was afraid of water, my fever started rising and my body started trembling. On October 13, the family showed the girl to the state Mahatma Gandhi Arogya Sadan Bhilwara Hospital. Doctors referred the girl to a higher center assuming a patient of rabies profile access hydrophobia. The girl was taken to Bhupalsagar Hospital in Udaipur along with her mother and aunt in her father's car. Daughter Khushi died on her way to the hospital at around 4 pm.