Is the current government unable to understand the farmer?

Former Prime Minister Late Lal Bahadur Shastri had given the slogan - Jai Jawan Jai Kisan. The meaning is clear that he saluted those who sacrificed their lives to defend the country, cheered for them, and gave a similar slogan to cheer for the farmers. If the young men defend the country, the farmers work hard to give you life by growing food. 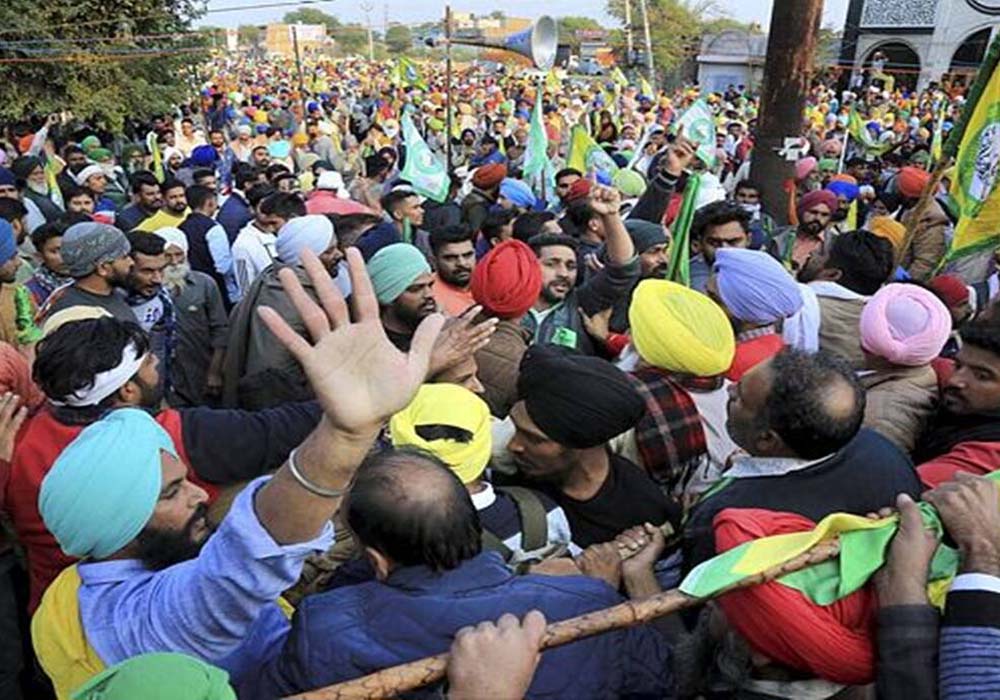 Former Prime Minister Late Lal Bahadur Shastri had given the slogan - Jai Jawan Jai Kisan. The meaning is clear that he saluted those who sacrificed their lives to defend the country, cheered for them, and gave a similar slogan to cheer for the farmers. If the young men defend the country, the farmers work hard to give you life by growing food.

About 80 percent of the farmers in our country are engaged in farming and growing grains, which provides food for 100 percent of Indians. Hats off to their hard work.

If we look at our history, we will realise that in the last fifty years due to the green revolution we have not spread our hands for help towards any country despite the fact that we are struggling with Covid-19.

It will be a matter of concern if people die due to hunger in this country.

Today, our farmers have adopted new methods of farming with the government's cooperation and scientific methods and they have made us self-reliant.

Now we don't need food to be imported in the country like it used to happen earlier. There are only a few exceptions.

Nobody appreciates farmers' hard work. Neither anyone supports them. If he asks for the price of his hard work, he is stopped for raising his voice. Water cannons are thrown on him even in winter.

I am saying this after seeing what has happened and happening with the farmers. It seems that it has become a crime to stand up for one's rights.

Most of the great politicians come from the peasant family, but once they occupy a powerful position, they forget their roots and start taking oppressive measures against the farmers. They misguide society.

I am writing this because the controversial farm laws related to agriculture have become a topic of discussion all over the country today. This movement, which started from Punjab, is now slowly spreading like a fire all over India.

The issue is the disputed Agriculture laws, against which Harsimrat Kaur of the Akali Dal, who is part of the ruling party, resigned from the cabinet. The Prime Minister says that this is in the interest of farmers and is an attempt to free them from the clutches of brokers. No one from the Cabinet, who has given approval to the law, will criticize the government action.

This is true as those who protested have resigned. The farmers' agitation is not new in India.

It started around 1900 and Awadh Kisan Sabha was formed from 1917 to 1920. The news of the mobilization of farmers spread throughout the country and Maharashtra leader Baba Ramchandra joined it. He used to roam from village to village listening to Ram Katha and uniting the farmers.