The BJP is again in trouble this time, as the decades-old border dispute between Karnataka and Maharashtra is again in the limelight. 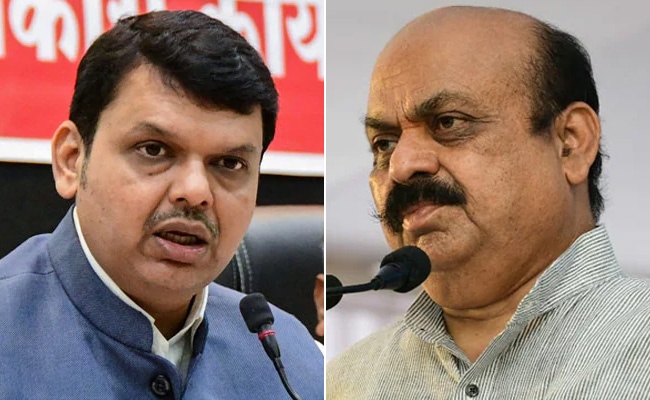 In response, Karnataka CM Basavaraj Bommai termed the Maharashtra BJP leader's remarks as "provocative" and said that "his dream will never come true". He said Karnataka's demand is that areas like Solapur in Maharashtra, where Kannada speakers are in majority, should be made a part of Karnataka. Earlier, the state CM Bommai had claimed that some gram panchayats in Maharashtra's Sangli district had passed a resolution in the past, when they were facing a water crisis, seeking a merger with Karnataka.

He said that the Karnataka government had planned schemes to help them and that his government was seriously considering the demand for the merger. Responding to questions on the Karnataka chief minister's remarks, Fadnavis said these villages had passed a resolution on the water crisis in 2012, but there has been no development recently. The BJP leader said that the previous Maharashtra government headed by him had entered into an agreement with Karnataka to resolve the issue. He said that a water supply scheme has also been prepared for these villages.

Fadnavis said, "Now we are going to approve that plan. Maybe because of Kovid, the previous (Uddhav Thackeray-led) government could not approve it." While Karnataka claims Kannada-speaking areas close to the state border, Maharashtra has been pushing for a settlement of the dispute over the Belgaum district – also known as Belagavi – and other Marathi-majority areas in Karnataka. The matter reached the Supreme Court in 2004 when the then Maharashtra government claimed Belagavi town and 865 villages and the matter is pending.