Fans swarmed Twitter with memes and messages praising Karthik’s clever analysis and pleading with the ICC to bring him in the commentary box more often. 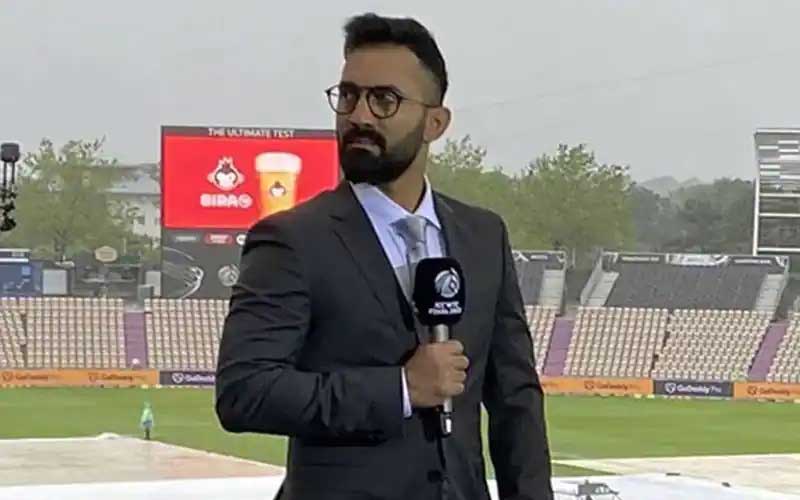 Despite not making the squad for the World Test Championship (WTC) final in Southampton, one Indian player has gotten a lot of attention online. This time around it is not for his cricket finesse but for his immaculate commentary skills.

Dinesh Karthik made his first appearance as a pundit and quickly gained a lot of traction on social media platforms. His name topped Twitter trends in India as Indian cricket fans could not stop raving over him.

The opening day of game between India and New Zealand was almost entirely rained out as they faced each other in the first World Test Championship. It was Karthik who kept the spirits of the cricket match onlookers, with his weather updates.

He left the fans at home wowed with his analysis when the players entered the field on Saturday. On Twitter, he also received praise from renowned pundit Harsha Bhogle.

Fans swarmed Twitter with memes and messages praising Karthik’s clever analysis and pleading with the ICC to bring him in the commentary box more often.

Although it was his criticism of fellow pundit Nasser Hussain on Day 2 of the Test that thrilled viewers. Hussain commended Rohit Sharma as he took charge in the challenging batting pitch, for his skill against short balls, but Karthik stole the show by tugging Hussain's legs.

Hussain commented, “Rohit is a great puller of the short ball. Uses his feet well against spin. Shows positive intent,” to which Karthik quickly retorted, “Yes, exactly the opposite of you!”.

The English commentary crew for the WTC final includes the experienced keeper-batsman, who last played in a Test match back in 2018. In early 2021, Karthik made his first commentary appearance during the India-England limited-overs series, for Sky Sports.