Dil Bekaraar to release on Disney+ Hotstar on Nov 26

Dil Bekaraar is set to premiere on Disney+ Hotstar on November 26, the streamer announced on Monday 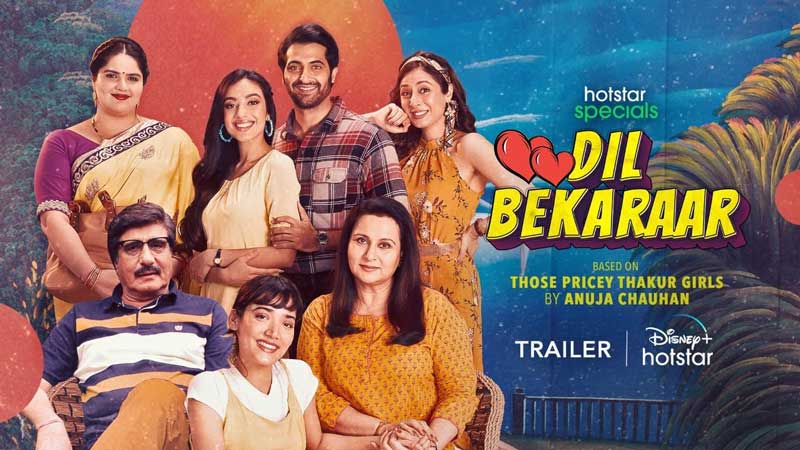 According to the makers, the show is set in the 1980s and revolves around the Thakur family, their five daughters and "the many hurdles that surround them."

"A retired Supreme Court Judge's wife enforcing order in her family; a popular TV news reader; a South Delhi Diva; a black-sheep daughter who drags her father to the court for her hissa in the property; and a confused twelfth grader. 'Dil Bekaraar's story revolves around strong female characters with very relatable goals and conflicts," the show's logline reads.

Babbar said his character, Lakshmi Narayan Thakur, is a self-righteous and principled man and playing the role was a "discovery" for him as an artiste.

"This script delves into the backstory of the characters and his journey through the 80s was a rewarding experience to portray. Added to this, simply reuniting with immensely talented actors like Padmini Kohlapure and Poonam Dhillon and working with new talent like Sahher (Bambba) and Akshay (Oberoi) added a revived vigour on set.

"With Disney+ Hotstar giving space for experimental content like 'Dil Bekaraar', actors have the chance to explore new characters," the 69-year-old actor said in a statement.

Dhillon, 59, said playing mother of five daughters at the "cusp of liberalisation and modernity influencing the Indian fabric" was an wholesome experience.

"This character of Mamta Thakur is special to me because it gave me the agency to see motherhood in a new light. Her will to save the honour of the family and provide an unshakeable foundation of the family is a characteristic that many mothers will relate to," she said.

Bambba, who plays the lead role of Debjani Thakur on the series, said her character is from the 80s but there's a lot that women of today will relate to when they watch her.

"While playing this character, I was surprised by how progressive she was for the times she comes from. The character has been written beautifully such that her progressive attitude and balance shines through," she added.

Faisal, known for directing films like "Do Dooni Chaar" and "Ishaqzaade", said "Dil Bekaraar" will transport the viewers to the 80s with meticulous detailing in its production design, costume design, make-up and sound and music.