Due to the monsoon, the Board of Control for Cricket in India (BCCI) President Sourav Ganguly said on Thursday that it will be difficult to organise a domestic pink-ball game for women cricketers in August, ahead of the pink-ball Test against Australia. 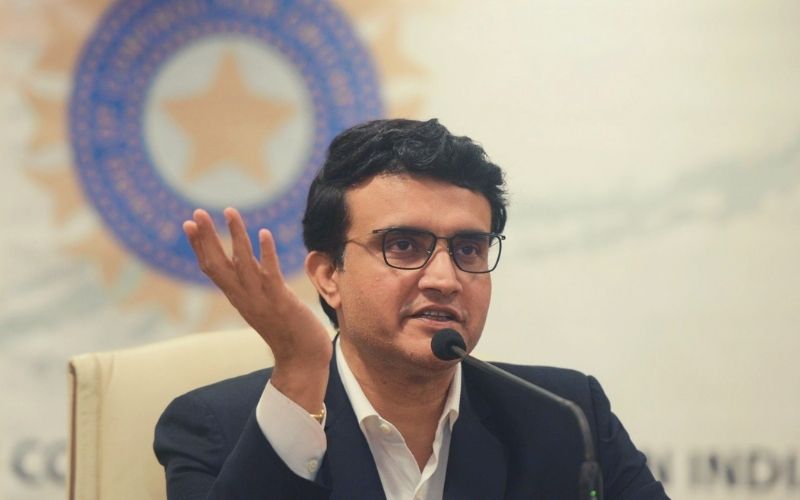 Sourav Ganguly, President of the BCCI, indicated that organising a domestic Day and Night warm-up match for the women's cricket team in the rainy month of August in India ahead of their first Pink Ball Test against Australia in Perth in September would be difficult.

Shantha Rangaswamy, a BCCI Apex Council member, had requested the BCCI to organise domestic pink-ball games to help the women's team prepare for the day-night Test against Australia in Perth, which begins on September 30th, however, Ganguly said it would be challenging to arrange due to the monsoon, which is at its peak drenching the entire country throughout the month of August.

“Due to the weather, domestic matches are tough to organise in August," Ganguly, who was also celebrating his 49th birthday today, was quoted.

Concerning the Indian openers (for the men's team) in England, the former India captain indicated that it was up to the selectors whether to send other players as a backup for the tour.

“That is a decision for the selectors to make," Ganguly remarked.

Furthermore, Ganguly describes that despite the current Covid-19 pandemic, cricket has managed to launch a resurgence, although behind closed doors, with a number of prestige series and events planned for the next months.

“There is nothing that can be done about the Covid-19 situation, thus it is strictly behind closed doors. Cricket has undoubtedly begun with India's visit to England, followed by the IPL and the T20 World Cup. Cricket will not cease and will continue."

He went on to say that these were unprecedented times and that he hoped the World T20, which had been relocated to the UAE, would go off without too many complications and setbacks.

“These are extraordinary situations. The World T20 was cancelled last year. If it is cancelled again this year because of Covid-19, it will be a huge loss for the game. That is why it is being relocated to a more secure location" he concluded.