Didi Ka Khela 2024: Mamta is strengthening herself outside Bengal; After Goa, Assam, big faces associated with TMC in Bihar-Haryana

After defeating the BJP in the West Bengal assembly elections, Mamata Banerjee has already started preparations for the Lok Sabha elections to be held in 2024. 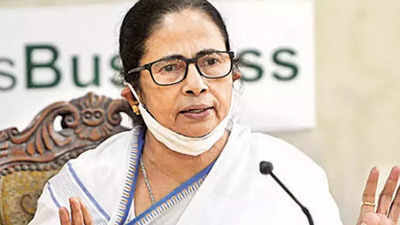 After defeating the BJP in the West Bengal assembly elections, Mamata Banerjee has already started preparations for the Lok Sabha elections to be held in 2024. After giving the slogan of Khela Hobe in Bengal, Didi's next target is to position herself as a third option after the Lok Sabha elections. Didi has also started an exercise to strengthen the party organization across the country.

There are assembly elections in UP, Goa, Uttarakhand, Punjab and Manipur next year. Mamta Banerjee has started the ground preparations for the party on the pretext of assembly elections to be held next year. She wants the party's presence here for the time being. He has started the work of expanding the party organization here. In this episode, many veteran leaders of local parties including BJP and Congress from these states have also joined Trinamool Congress.

In Goa, veteran Congress leader and former Chief Minister Luizinho Faleiro has joined TMC. Mamta has also sent him to the Rajya Sabha from Bengal. Luizinho Faleiro comes from the Christian community, which is the second largest population in Goa after Hindus. Mamta wants to cater to the Christian community here as well as those Hindu voters who want to see a third party as an alternative against the Congress and the BJP.

After winning Bengal, Mamta caused great damage to the Congress in Assam and Uttar Pradesh. Mamta got Sushmita Dev, who was a Congress MP from Silchar in Assam, to join the party. TMC has sent him from Bengal as a Rajya Sabha MP. At the same time, Lalitesh Pati Tripathi, who became a Brahmin face in Purvanchal in Uttar Pradesh, left the Congress and joined the Trinamool Congress. Lalitesh is the great-grandson of former UP Chief Minister Pt. Kamalapati Tripathi. He has also been an MLA from the Naxal-affected Madihan seat in 2012.

Mamta Banerjee is on Delhi tour from 22 to 25 November. She is also going to meet Sonia Gandhi and Prime Minister Narendra Modi here. Even before this meeting, he got many big leaders included in the party. First of all, JDU MP Pavan Verma took membership of the party. After this, Congress leader and former cricketer Kirti Azad along with wife Poonam Azad reached the house of Mamta's MP nephew Abhishek Banerjee.