Dia Mirza And Vaibhav Rekhi Welcomed A Baby Boy In May, share the first glimpse with the fans

Dia Mirza and Vaibhav Rekhi have welcomed their baby Avyaan Azaad Rekhi into the world: 'Via an emergency C-section, our doctor secured the safe birth of our baby.' 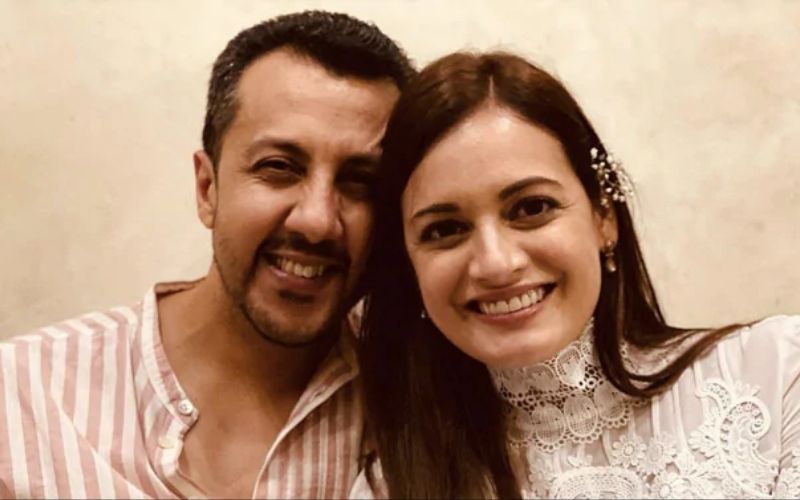 Dia Mirza and Vaibhav Rekhi, who hitched earlier this year on February 15, have announced the birth of their son, Avyaan Azaad Rekhi, much to the delight of their fans and friends. Dia disclosed on Instagram in a profoundly intimate and emotional post that the baby was born on May 14 and is presently being cared for in a Neonatal ICU. The actress revealed the circumstances around her son's early arrival by sharing a heartbreaking photo of her son's small hand in her fingers. She penned, "Having a child is deciding to have your heart walk about outside your body for the rest of your life."

The actress revealed that their son was delivered prematurely and has been receiving care in a hospital since then. "These sentences properly express Vaibhav's and my current emotions. On May 14th, our heartbeat, our son Avyaan Azaad Rekhi, was born. Our tiny miracle arrived early and has since been cared by diligent nurses and physicians in the Neonatal ICU," Dia revealed.

She concluded her post with these words of thanks: "To our fans and well-wishers, I just want to say that your concern has always meant a lot to me, and if we could have shared this news sooner, we would have. Thank you for all of your love, light, faith, and prayers. We extend it to all who are trying to hold on to hope or who are praying for a loved one right now. We see you, we hear you, and we will get through this together - Dia and Vaibhav."