On Tuesday, in a state address which was televised, Biden called the verdict of George Floyd’s murder trial “a giant step forward” and called the systemic racism in the US a “stain on our nation's soul". 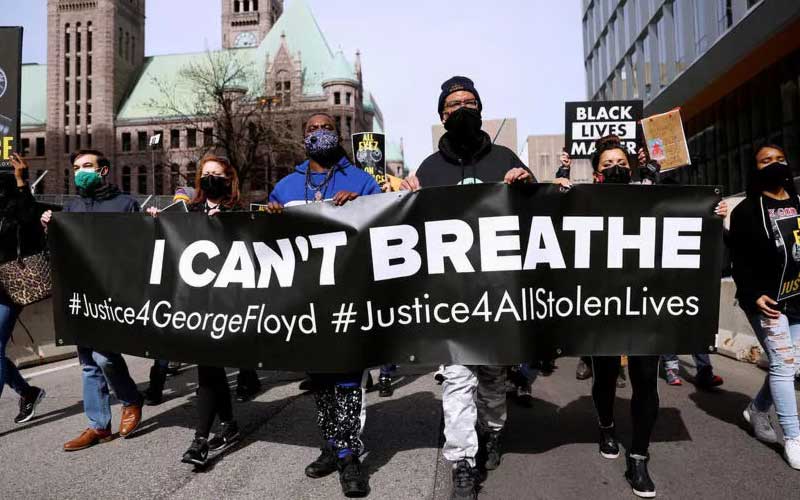 Upon hearing three weeks of testimonies from 45 witnesses, including bystanders, police officers, and medical professionals, a 12-member jury found former Minneapolis police officer, Derek Chauvin guilty of all three counts of second-degree murder, third-degree murder, and manslaughter in the death of George Floyd.

Chauvin, 45, was found guilty of the three counts against him after the jury deliberated for less than 11 hours. It was seen as a watershed moment in American police reform and their accountability, after the decision came following a politically charged three-week trial.

The Minneapolis jurors decided Chauvin had overstepped his bounds and used unnecessary force. Usually, the flawed US criminal justice system and juries have previously allowed for police officers who make use of brutality to restrain people and provided for lenience with aid of some legal immunity.

Chauvin was quite emotionless while the verdict was being read, he was denied bail and was escorted out of the courthouse in handcuffs to be sentenced in eight weeks of time.

George Floyd’s brother spoke to the press outside the courtroom after the verdict, he said, “Being able to know there is justice for African American people, just people of colour, period, in this world. This is monumental. This is historic. This is a pivotal moment in history.”

He extended his thanks to "all the protesters, all the attorneys and all the activists for stepping up", he further added, "Because justice for George means freedom for all."

President Joe Biden talked to the family of George Floyd on a phone call immediately after the verdict was announced. He said to family, "Nothing is going to make it all better, but at least now there is some justice. We're all so relieved."

On Tuesday, in a state address which was televised, Biden called the verdict of George Floyd’s murder trial “a giant step forward” and called the systemic racism in the US a “stain on our nation's soul".

The President said, “‘I can’t breathe.’ Those were George Floyd’s last words,” he further added, “We can’t let those words die with him. We have to keep hearing those words. We must not turn away. We can’t turn away.”