Demand for Lakshmi-Ganesh's photo on Indian currency, Who Decides What Picture Goes On Currency Notes ?

Delhi Chief Minister Arvind Kejriwal has demanded from PM Modi that along with Gandhiji, the picture of Lakshmi-Ganesh should also be printed on Indian currency notes, but who is it up to to make this decision, find out 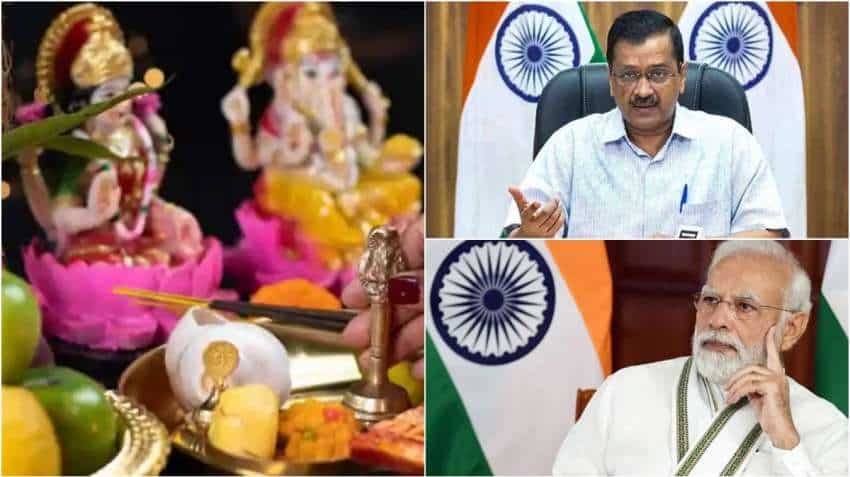 Delhi Chief Minister Arvind Kejriwal has demanded from PM Modi that along with Gandhiji, the picture of Lakshmi-Ganesh should also be printed on Indian currency notes. This will give God's blessings to the country's economy. To emphasize his point, he gave an example of Indonesia, the world's largest Muslim country. Where the picture of Ganesh Ji has been printed on a note of 20 thousand rupees.

Under Section 22 of the RBI Act 1934, RBI has the sole authority to issue notes. If any change is to be made to it, then it is proposed by the Central Board of the Reserve Bank under Section 25. The government of India approves. The entire responsibility of currency management rests with a separate department of RBI. It is currently headed by Deputy Governor T Rabi Shankar.

The Delhi High Court, during a hearing on the issue in December 2014, had observed that the Constitution does not permit the use of religious symbols on currency. However, in 2002, the picture of Vaishno Devi has also been printed on special coins of Rs 5 and Rs 10.

In 1998, the photo of Lord Ganesha was printed on a note of 20 thousand rupees in Indonesia. The government there had released it under the theme of education at that time. However, this note is no longer in circulation in Indonesia. On this note of 20 thousand rupees, there is a photo of Lord Ganesha on one side and Hajar Devantar of Indonesia's first education minister on the other. On the other hand, there is a photo of the children studying.