After consuming hand wash, Bharat Bhushan Kataria complained of excessive vomiting and stomach ache following which he was taken to a hospital. 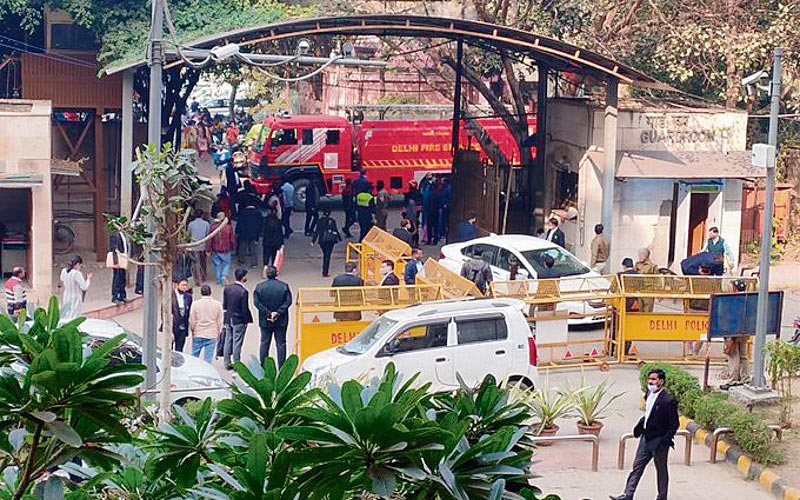 47-year-old Bharat Bhushan Kataria is accused in the Rohini bomb blast case in Delhi. According to the latest news reports, Kataria, who works as a scientist with the Defence Research and Development Organisation (DRDO), allegedly tried to commit suicide by consuming liquid hand wash which he might have got his hands on easily.

His alleged suicide attempt was in police custody. After consuming handwash, he complained of excessive vomiting and stomach ache following which he was taken to a hospital and admitted there. His condition is said to be stable and he is under the continuous observation of doctors.

According to police, Kataria and his neighbour, Amit Vashisht were not on good terms and fought with each other on several issues. They had filed complaints and cases against each other on even small issues.

Delhi Police arrested Kataria after the initial probe allegedly led to his involvement in the case. The police have been interrogating and probing him about his role. After his attempt to commit suicide, the court has sent him to judicial custody for two days.

Reports say that when police questioned him about his health condition, he didn’t confess to consuming anything or attempting to die by committing suicide. However, he told the doctors about it and they informed the police.

The Police has also alleged that Kataria is not cooperating in answering the questions or opening up to provide details of his roles. They say that he is trying to mislead the police by manipulating facts, distorting information and circumventing things so that his role cannot be established.