Pollution continues to wreak havoc in the capital Delhi and its surrounding areas. Various campaigns are being run by the government. 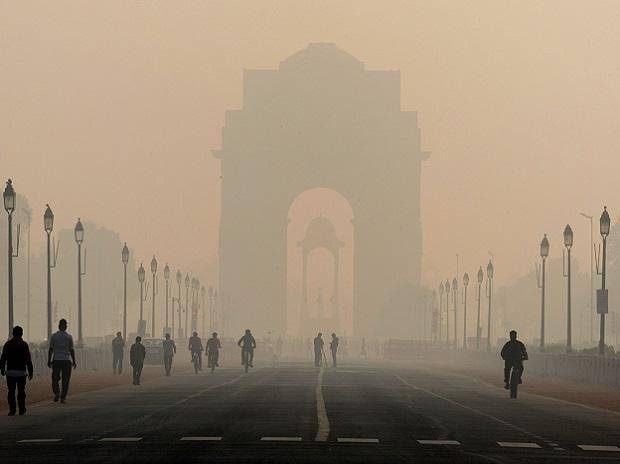 Pollution continues to wreak havoc in the capital Delhi and its surrounding areas. Various campaigns are being run by the government. Despite this, the rules are not being followed. The ministers of the Delhi government are constantly appealing. It was reported on Friday that NBCC has been fined up to Rs 5 lakh for flouting the rules.

The air quality in the capital Delhi remained in the poor category. One person said, “The pollution is very high. In the morning, when I come for 'morning walk', there is a problem. Delhi government should think something on this." An official said, “The visibility at Indira Gandhi International Airport and Safdarjung Airport was 300-500 meters due to fog. The fog became more dense on Friday due to high humidity. According to IMD, fog 'extremely dense' with visibility between zero to 50 metres, 'dense' between 51 and 200 metres, 201

Delhi Environment Minister Gopal Rai said on Friday that a fine of Rs 5 lakh has been imposed on National Buildings Construction Corporation Limited (NBCC) for violating dust control norms in a project in East Delhi's Karkardooma. Gopal Rai started the second phase of the anti-dust campaign from Friday which will continue till December 12. “We inspected a project of NBCC at Karkardooma and found that dust control measures were not adopted at some places. Therefore, the company has been fined Rs 5 lakh.