In Delhi, a son attacked mother and father over money on Friday. Following thr attack, the father died while the mother was seriously injured. 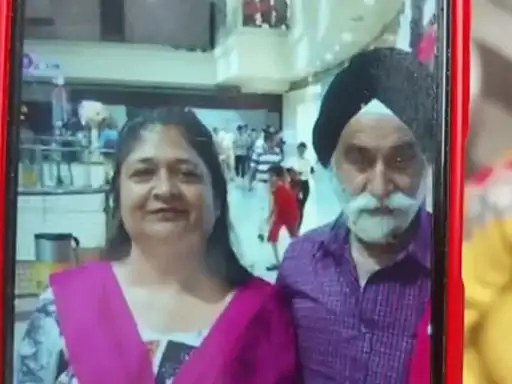 In Delhi, a son attacked mother and father over money on Friday. Following thr attack, the father died while the mother was seriously injured. The police have arrested the accused son within a few hours of the incident. As per the sources close to the victims, the son became furious over the issue of money as his parents refused to give him any.

DCP (West) Ghanshyam Bansal said the incident took place around 2 am on Friday in Fateh Nagar area of ​​west Delhi, when accused Jasdeep Singh (34) demanded money from his parents and they refused. After that he attacked both of them. Hearing the noise, the neighbors informed the police.

Both were then taken to Deen Dayal Upadhyay Hospital, where 65-year-old Swaranjit Singh was declared brought dead, while his 60-year-old wife Ajinder Kaur narrowly survived. She suffered some serious injuries and her condition is critical Due to which she was referred to Sir Ganga Ram Hospital.

DCP told that Jasdeep Singh is married. He lived with his parents. He had a loss of more than 7 lakh rupees in the stock market. When his parents refused to give him the money, he got angry and attacked them. At present, a case of murder has been registered against Jasdeep and investigation is on in the matter.