Under its prominent Shockwave Policy, the Special Staff along with the North East District’s PS Welcome arrested 2 members of the prominent crime gang, the Randeep Bhati Gang. 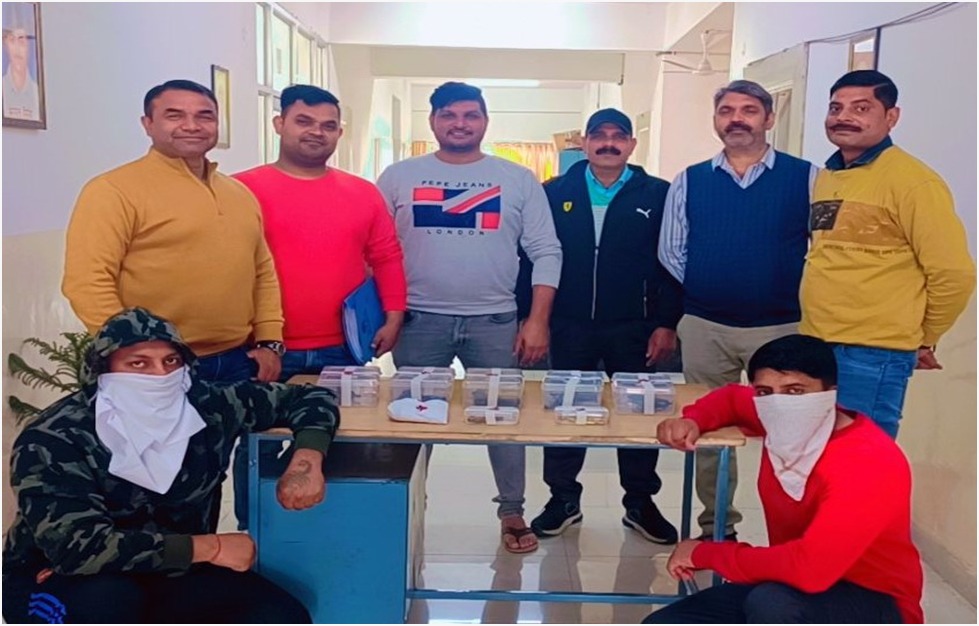 Under its prominent Shockwave Policy, the Special Staff along with the North East District’s PS Welcome arrested 2 members of the prominent crime gang, the Randeep Bhati Gang. The Police also recovered 3 sophisticated automatic pistols, 2 country-made pistols, and 44 cartridges. The accused have been identified as Ropi (34) and Tejinder (32).

As per Sanjay Kumar Sain, Dy Commissioner of Police, North East District, Delhi, “To cut down the supply of arms & ammunition in the district, District Police is working relentlessly. A special eye is being kept on the area. In that regard, it is a big success which has been achieved by Special Staff by nabbing two active members of a notorious gang.”

On the 7th of December, input regarding the presence of two desperate members of the notorious Randeep Bhati Gang namely Ropi and Tajender near Janta Colony, Welcome with firearms was received in Spl. Staff/NED. Keeping in view the seriousness of the information, a police team comprising Inspr. Harish Chandra, SI Akhil Chaudhary, ASI Rajiv Tyagi, ASI Rajdeep Tyagi, HC Salim, and Const. Jagdish was constituted under the close supervision of ACP/Operations/NED.

In the instance of an informer, a trap was laid near Janta Colony, Welcome, Delhi. The Police noticed one white Alto car came from the Maujpur side and halted on the side of Peeli Mitti. The informer pointed it to be the car in which the suspects are present. The driver of the said car came out of the car and started seeing towards both directions of the road. Thereby the police team acted and caught the said driver and the person sitting next to the driver's seat.

On their cursory search, a Sophisticated Automatic Pistol loaded with 6 rounds was found in their possession. Further search revealed a Sophisticated Automatic Pistol loaded with 4 live cartridges. As per the Police, the above illegal cache of firearms has been seized and both accused persons have been arrested. The Alto car used in transporting illegal arms & ammunition has also been seized. Accordingly, an FIR was filed, and an investigation was taken up.

During sustained interrogation, both of them confessed to their crime and further disclosed that they both are active members of the Randeep Bhatti Gang and are presently in jail. Randeep Bhatti has enmity with Sunder Bhatti Gang. They both remained involved in several firing cases on Sunder Bhatti. Today on the directions of Randeep Bhati, they came to Janta Colony, Welcome area to supply firearms to a known person of Randeep Bhatti. The Alto Car used in the commission of the crime was found to be registered in the name of one Vineet, the relative of Tejinder.