Fire broke out at a landfill site in East Delhi's Ghazipur area on Tuesday evening. 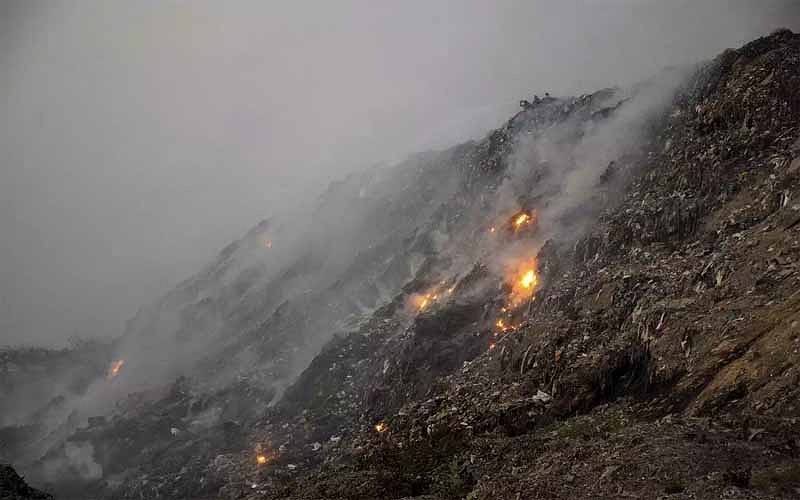 It has been told by the departmental officials that the fire department received information about the fire at around 5:47 pm, after which 10 fire tenders were sent to the spot. Officials said that efforts are on to douse the fire.

Local corporation councilor Vijay Bhagat said that the top officials of the corporation have been informed. Along with the fire department, policemen have taken over the front. All of us party workers are also advising people to stay away from fire. No casualty has been reported so far.

This year, three incidents of fire have been reported at the Ghazipur landfill site in East Delhi, in which it took more than 50 hours to douse the fire that broke out on March 28.