Delhi Chief Minister Arvind Kejriwal held a meeting of the party's Political Affairs Committee (PAC) at his residence today on the issue of the BJP's offer of 20 crores to the Aam Aadmi Party (AAP) MLAs. 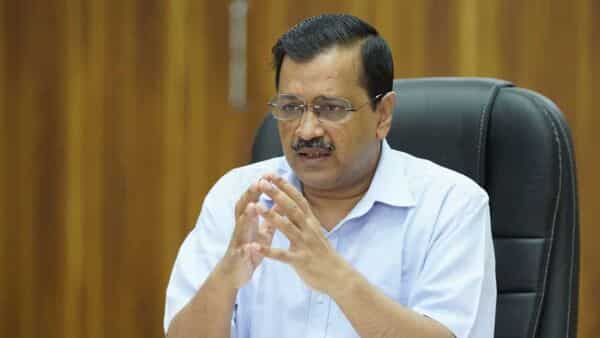 Delhi Chief Minister Arvind Kejriwal held a meeting of the party's Political Affairs Committee (PAC) at his residence today on the issue of the BJP's offer of 20 crores to the Aam Aadmi Party (AAP) MLAs. In this meeting, the issue of horse-trading of MLAs was discussed in detail. A condemnation motion was also passed unanimously in the meeting regarding the whole matter. Aam Aadmi Party leader Rajya Sabha MP Sanjay Singh said that the BJP has made a false case against Manish Sisodia by misusing the central investigative agencies. His house was wrongly raided. CBI did not find any Benami property details from Manish Sisodia. After this, he was offered to come to the party.

He said that BJP is offering 20 crore rupees to our MLAs, from where did they get so much money? Sanjay Singh said that instead of toppling the government of others, the Prime Minister should focus on solving the problems of the people.

Sanjay Singh told that his government is completely stable and no MLA is going to break. A meeting of the AAP Legislature Party has also been called on Thursday at 11 am regarding the whole matter. This meeting will be held at CM Kejriwal's residence. The political affairs committee of AAP has considered this whole matter very seriously. Arvind Kejriwal also said in the morning that this matter is serious. The situation is being reviewed and further strategy was discussed in the meeting.

Aam Aadmi Party seems to be getting aggressive about the horse-trading of MLAs. It is worth noting that Delhi Deputy Chief Minister Manish Sisodia, who was caught in the CBI investigation, had also alleged that his MLAs were being offered 20 crores when the BJP failed to buy them. Today Sanjay Singh claimed in a press conference that BJP is trying to topple his government by breaking his MLAs. Legislators are being lured with money. Not only this, it is also being said that if you bring more MLAs, you will get more money.