Delhi Metro: Good news! From now on, the card will no longer be necessary to travel in the metro! DMRC introduces a new installation

New Delhi: If you also travel by metro from Delhi then there is a news for you. From now on, traveling by metro will now be easier than before. 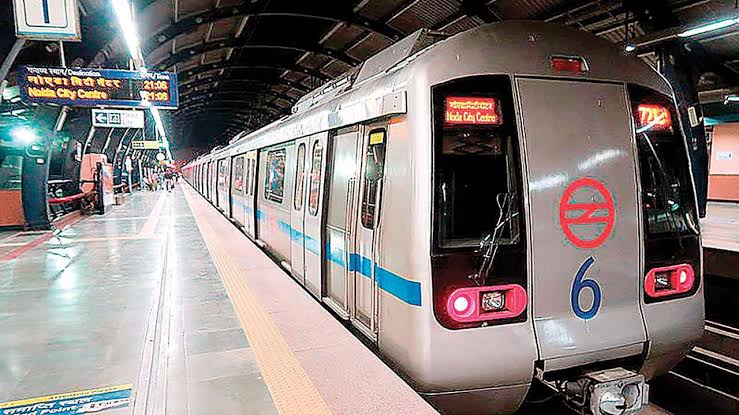 New Delhi: If you also travel by metro from Delhi then there is a news for you. From now on, traveling by metro will now be easier than before. From now on, you will no longer need to take tokens or top up smart cards to travel by metro. to easily pay the price of the trip on the metro with your bank's debit or credit card. The latest ATMs were installed for this purpose by the Delhi Metro Rail Corporation.

New AFC at station 44 With this new rule, in addition to smart cards, you will be able to pay for metro tickets via debit and credit cards, Near Field Communication (NFC), QR code cell phones and tickets QR paper. To achieve this, DMRC began installing the Automatic Fare Collection i.AFC system at 44 stations during the fourth phase. That is, you will get this structure soon. In addition to this, the AFC gates installed at the existing station will also be updated.

This facility is located on the airport line. A DMRC official said the new system will encourage further digitization of services in addition to cashless and human error-free transactions. Metro Corporation is also updating the firmware of the AFC. Thus, passengers will be able to use their credit or debit card like a chip card. This feature is currently only available on the Airport Express line in the capital.

Let's say that at present this facility is available in some metropolitan cities such as Kochi and Nagpur. But only debit / credit cards from particular banks are taken here. The DMRC system will accept transactions from all banks through the RuPay portal. The new system will also contribute to the creation of more "fare zones" in the metro network.

You can pay the rent in these ways.Smart Card , National Common Mobility Card, Mobile based NFC (Near Field Communication Ticketing) ,Mobile QR Code based ,Ticketing Paper QR Ticketing and it will also be possible to deduct the penalty via the smart card. Currently, a passenger has to pay the inflated price at the time of exit. For this, the passenger must go to the customer service counter.In this new system, the penalty can only be paid by smart card. We inform you that DMRC will also integrate a point of sale (POS) terminal with ATMs in the customer service of phase I and II stations. In this smart card, it can also be recharged from the point of sale.