AAP seems to be getting a majority in the Municipal Corporation of Delhi (MCD) elections. 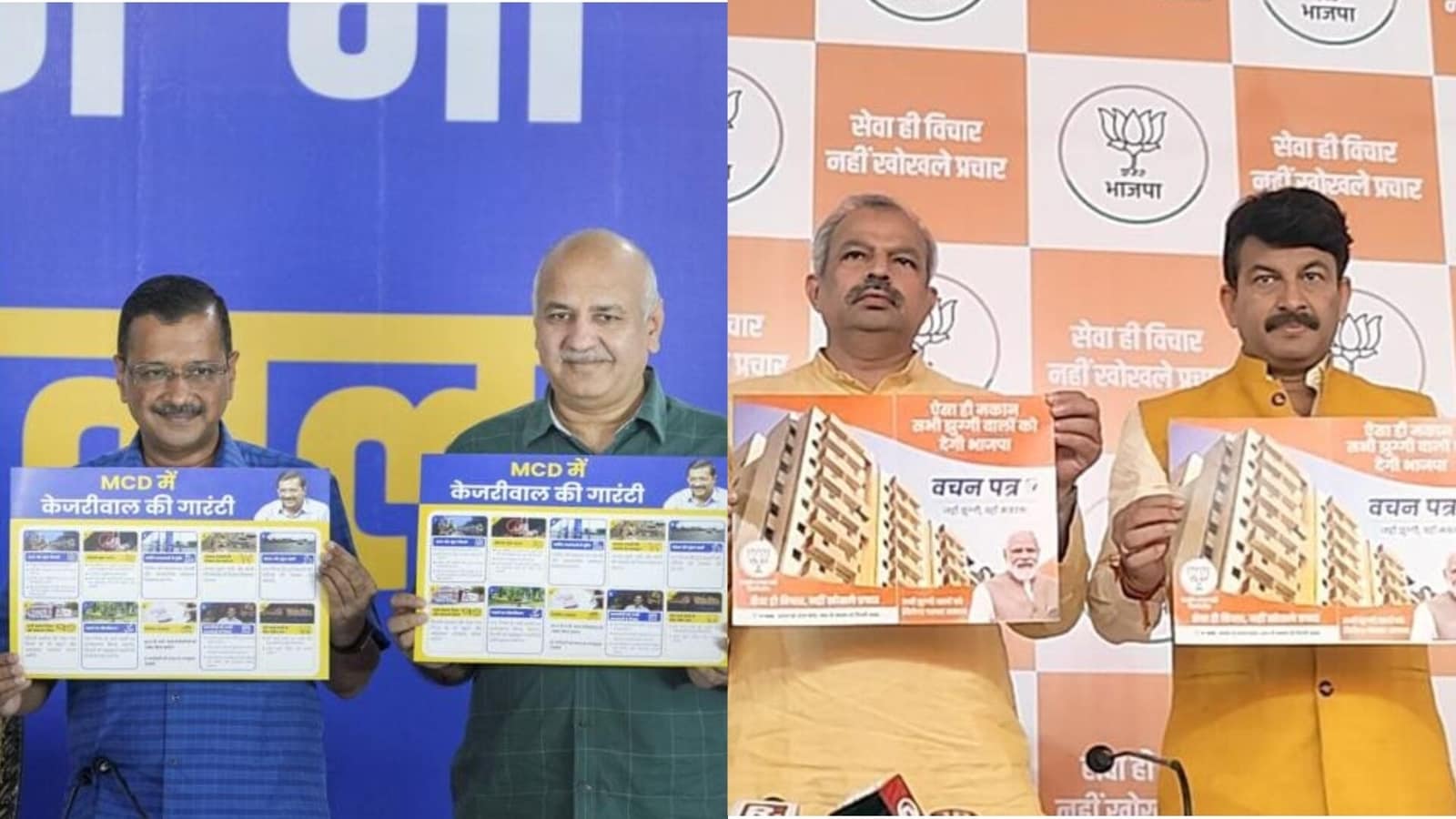 AAP seems to be getting a majority in the Municipal Corporation of Delhi (MCD) elections. According to the Election Commission, out of 250 seats, AAP is leading in 31 seats and has won 104. Whereas, BJP is running on the second number. The party has so far won 83 seats and is leading in 19. Whereas, Congress has won 5 seats. Moving on to 5. 126 seats are required for majority in MCD. BJP was in control here for 15 years.

As soon as the initial trends came at 8 in the morning, there was a tough fight between BJP and AAP. In the first two hours, there was a difference of 10 to 20 seats between the two parties. Sometimes BJP was ahead and sometimes AAP was ahead. But after 10.30 am the situation changed and AAP took lead over BJP.

After AAP's victory in the exit polls, the party office started buzzing since Wednesday morning. The office has been decorated with yellow and blue balloons. Last time they were decorated with white and blue colored balloons. But as soon as the trend kept coming in your office, first there was celebration, then despair and then there was an atmosphere of celebration.

No big leader was seen in the BJP office in the morning. There were very few workers. A worker said that AAP's victory was visible in the exit polls. Perhaps this is its effect. But we are confident that we will get more than 100 seats. However, as soon as the results came in, there was commotion in the office.