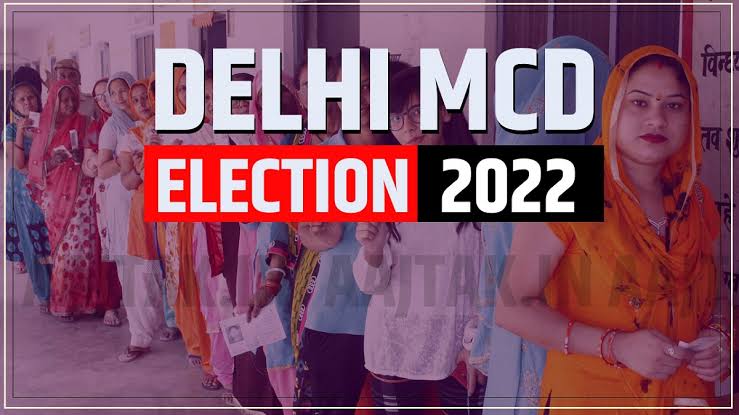 Enrollment will start on 7th November and 14th November is the last date. 104 seats out of 250 wards are reserved for women. S has 42 seats reserved, of which 21 are female and 21 are male. There will be 13635 polling stations and there are 1,46 73,847 voters. 213 voters are over 100 years old. There will be a model polling station in each assembly. There will be women workers at a station 55 thousand EVMs will be used. The photo of the candidate will also be on the EVM.

Delhi Municipal Corporation elections 2022 may be announced on Friday evening. The Delhi State Election Commission has called a press conference for this. There will be a press conference at the State Election Commission's office at Kashmere Gate at 4 pm on Friday evening. In this, the date of election can be announced, in which Delhi Municipal Corporation elections can be held in the first or second week of December.

According to the information received, objections have been lodged on the list of polling stations till October 31. After this, the election officers were directed to hand over the final list of polling stations of all the wards to the commission on November 4, which is being completed. On November 6, the work of preparing the voter list of all the new wards will also be completed. In such a situation, the municipal elections are being announced on Friday.

The Election Commission had released the list of 250 wards only last month. Under this, out of the total 250 seats of the Municipal Corporation of Delhi, 42 seats will be reserved for the Scheduled Castes. At the same time, women candidates have a claim on 50 percent of the seats.